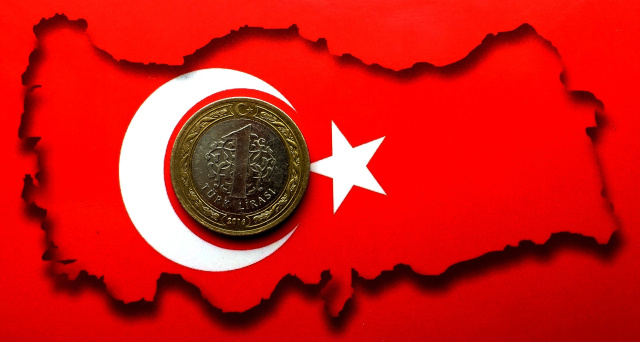 Turkish inflation rose year-on-year in October to a new 25-year high of 85.5%.

Its acceleration for the 17th consecutive month was reinforced by the weakness of the local currency (the Turkish lira) and the negative effects of the Russian military invasion of Ukraine, which are expressed in a continued strong increase in commodity prices, reflected in a doubling of transport prices and of food compared to a year earlier, according to data from the country's official statistics.

Graph of inflation in Turkey on an annual basis

The most drastic growth in October on an annual basis was again in transport prices (a jump of as much as 117.2%) as a result of the sharp increase in energy prices against the background of the war in Ukraine, followed by that of food and soft drinks (with 99.1% compared to 93.1% a month earlier), on furniture and household equipment (up 93.6% from 89.68% in September), on housing utilities (up 85.2%), on clothing and footwear accessories (41.3% increase).

However, the official figures are disputed by independent economists from the Inflation Research Group (Nage), who claim that Turkey's price growth is 185% within a year, up from a 115% increase as of January 1, 2022.