Armenia and Azerbaijan agreed not to use force over Karabakh 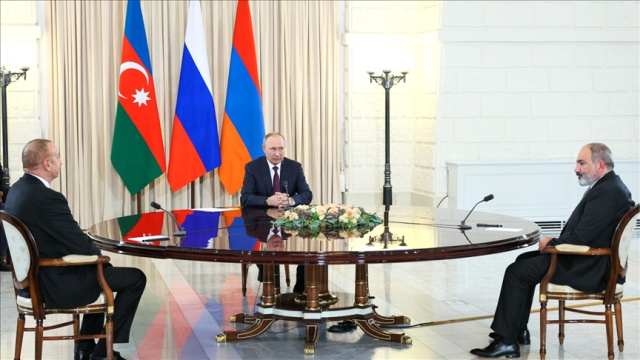 In a joint statement after Russian-mediated talks, Armenia and Azerbaijan "agreed not to use force" to resolve their dispute over Nagorno-Karabakh, AFP reported.

Baku and Yerevan also agreed "to resolve all disputes solely on the basis of the recognition of mutual sovereignty and territorial integrity," according to a joint declaration adopted at the end of the Sochi summit.

A month earlier, the worst clashes between Armenia and Azerbaijan since their war in 2020 took place.

The six-week war in the fall of 2020 claimed the lives of more than 6,500 military personnel on both sides. It ended with an agreement brokered by Russia, according to which Yerevan ceded vast territories it had controlled for several decades.

Last month, 286 people on both sides were killed in clashes that threatened the slow peace process.

The hostilities ended with a US-brokered ceasefire, after earlier failed Russian attempts to negotiate a truce.

With Moscow increasingly isolated after its invasion of Ukraine, the US and EU have taken the lead in brokering peace talks between Armenia and Azerbaijan.