Unexpected Twist: Europe has Too Much Gas 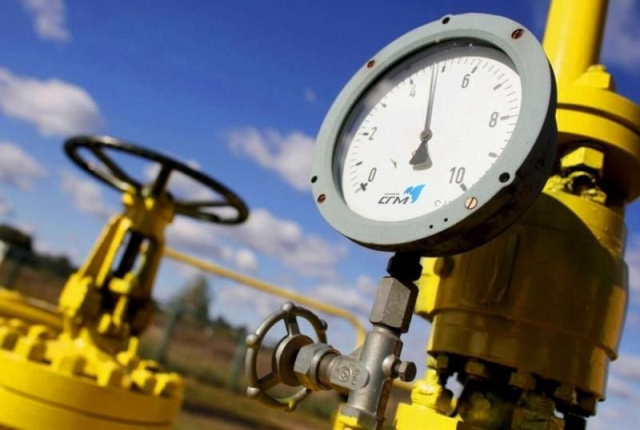 The world's rapid purchases of LNG and warm weather have led to the unexpected result - Europe has too much gas. But the crisis is far from over. This winter, a lot will depend on the weather, according to an analysis by the Bloomberg agency.

Suddenly, Europe found itself with more gas than it needed.

Hungry for imports from Russia, on which it has long relied, Europe has rushed to buy liquefied natural gas from around the world to fill its storage facilities. Today's weather is unseasonably warm and LNG requests have been met for the most part, so storage in the region is almost full before the start of the heating season. Gasoline prices have also fallen sharply and are now less than a third of their summer peak.

But there are many more dangers ahead. A lot depends on the weather. If a cold wave occurs, Europe will have to use its reserves immediately. The authorities are worried about the threat of further sabotage of energy facilities, as this would fundamentally change the market situation. But now, at the end of October, the situation on the continent is much better than politicians dared to hope.

Gas supplies from Russia have been decreasing since last year. This summer, the flow of fuel along the key Nord Stream gas pipeline was halted, and last month it was damaged by several explosions. So far, warm weather has helped curb demand, but European political leaders fear lower gas prices (well below the summer peak) will lead to increased consumption as temperatures cool.

"The gas glut in Europe will continue at least until December," said Giacomo Masato, lead analyst and senior meteorologist at Italian energy company Illumia. "It is unlikely that a prolonged cold spell will occur in Europe in November," he adds.

Gas prices are near their lowest level since June, although the danger lies in market prices. February futures are 44% more expensive than November, and prices for next winter are even higher. This suggests that supply problems will continue.

This situation means that it is extremely important to reduce consumption despite temptingly low prices. Analyst company Timera Energy estimates that the drop in gas demand in 2022 will be between 7 and 9%, mainly due to the closure of large industrial plants that consume large amounts of gas. But this figure is still far from the EU target of 15%.

"Europe's ability to overcome the electricity and gas crises in parallel over the next two years will depend to a large extent on reducing demand. We think there is still a lot of time before the end of the crisis," Timera Energy analysts wrote in their blog.

Thanks to Europe's efforts, its gas storage facilities are filled to 93.6% of their natural gas storage capacity and Germany's to 97.5%, according to Gas Infrastructure Europe, the association of European gas infrastructure operators. This calmed the market to some extent, but in the event of a cold, Germany will only have enough gas for two months. Therefore, Europe will have to continue buying liquefied natural gas.

But if Bloomberg's weather model is anything to go by, November will bring better weather than usual.

For now, gas carriers continue to arrive. This month, Northwest Europe will receive 82 LNG tankers, which is 19% more than in September. More ships are now operating as gas storage vessels due to expectations of rising prices and limited capacity to take on the fuel, shipbrokers Fearnleys A/S reported. Oystein Kalleklev CEO of Norwegian gas carrier Flex LNG, notes that this situation could continue until mid-February.

Bloomberg's index of loaded tankers that have been in the water for more than 20 days rose to its highest level since 2017. Last week, Spain's Enagas SA warned it would have to curb consumption because it has little spare capacity to pump imported gas.

Prices are falling for now, but demand in Asia could push them up, and Russia could stop gas transit through Ukraine. This may be due to maliciousness of its own or to infrastructure damage in a war-torn environment. All of this adds pressure on prices. In addition, in this situation it will be more difficult to fill the warehouses next year.

Meanwhile, European energy ministers are discussing the introduction of a temporary cap on gas prices. One of the main arguments against such a measure is that it will be more difficult for Europe to obtain the necessary quantities of liquefied natural gas this winter.

"As temperatures begin to drop and storage tanks run out, market realities in the form of supply-demand imbalances will push prices higher, adding to inflationary pressures. Next winter, the problem will certainly become even more acute," says Katja Yafimava, a senior researcher at the Oxford Institute for Energy Research.