What is the Bulgarian Connection of UK PM Rishi Sunak 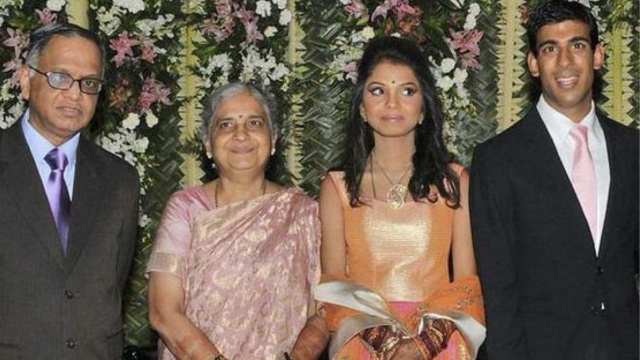 In 1974, Narayana Murthy, who is now the father-in-law of the new British Prime Minister Rishi Sunak, was arrested in Bulgaria for trying to talk about life in the country with a local couple.

Murthy himself, who has been called the "Bill Gates of India," has repeatedly spoken over the years in interviews and at public events about his three-day arrest in the communist country. According to the businessman's story, it was the attitude towards him that made him reconsider the socialist ideas in which he believed at the time.

Narayana Murthy is the father of Akshata Murthy, wife of Rishi Sunak, and founder of one of India's major global information companies, Infosys. During a trip between Paris and India back in 1974, the father-in-law of the future British Prime Minister passed through various European countries. After Murthy took the train from Nis to Sofia, an experience followed in Bulgaria which, by his own admission, turned him away from leftism and made him into a "compassionate capitalist".

"I tried to talk to Bulgarians"

"I tried to strike up a conversation with them," Murthy recalled of his dialogue with a Bulgarian man and a Bulgarian woman in an interview for the "Oral Testimony of History" collection at the Computer History Museum in California.

"First I tried in Russian, then I knew Russian. But neither of them wanted to talk to me in Russian, because they probably hated Russia. Then I tried in English, but they didn't know English either. Finally, I tried in French a girl and we spoke in French. For some reason the boy got upset and brought the police. The police took the girl away, they took my luggage and my sleeping bag."

The Indian was then removed from the train and taken to a small detention facility located at the station. They locked him there and, according to his account, followed several days without water or food: "At 1 o'clock in the morning on Wednesday they opened the door. They dragged me into the guard room of a departing freight train. Then they said something that completely changed my life. They said: ‘You are from the friendly country called India. That's why we're letting you go.’”

"I don't want to be part of this society"

The businessman claims that this is what made him rethink his worldview. "If this society treats its friends like this, I don't want to be a part of it. It turned me from a confused leftist to a sympathetic capitalist," Narayana Murthy recalls.

He also says that he decided to return to his native India and carry out his entrepreneurial experiment. His company Infosys was founded in 1981.

Narayana Murthy's daughter - Akshata - is the wife of the new Prime Minister of Great Britain Rishi Sunak. The 42-year-old entrepreneur began her career in finance in California in 2009. After that, she also founded a fashion company "Akshata Designs", the BBC points out. Akshata Murthy and Rishi Sunak have two children.