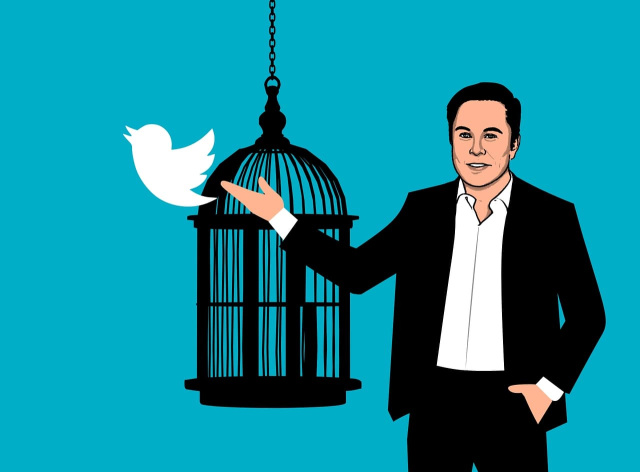 The clock is ticking as billionaire Musk has till 5 p.m. ET on Friday to close the deal. Meanwhile, Tesla CEO Elon Musk is being investigated by the US federal authorities in connection with his USD 44 billion Twitter buyout deal, said media reports citing a court filing by the microblogging site. However, the Twitter court filing did not go into details of the ongoing probe as to what actions taken by the business magnate are being investigated by the officials, reported CNN.

In the court filing, Twitter without delving into details of the matter, simply said that they are looking into Musk's "conduct" linked to the deal. The main scrutiny seems to be on Musk's legal team.

Twitter accused Musk's legal team of failing to produce draft communications with the Securities and Exchange Commission and a slide presentation to the Federal Trade Commission. This is part of the two sides' ongoing litigation over whether Musk can walk away from the deal, reported CNN.

Reacting to the Twitter filing, Musk's attorney Alex Spiro said that the filing only aims to digress from its own legal issues which came to the surface by whistleblower disclosure. The former Twitter security chief Peiter Zatko last month made allegations on Twitter of wrongdoings including "Twitter's tracking and measurement of user engagement."

"Twitter's executives are under federal investigation," Spiro said in a statement to CNN. "This misdirection was sent by Twitter to try and uncover which of their assorted misconduct they are under investigation for."

In July, in a surprising turn of events, Elon Musk who had long been showing his interest to buy Twitter terminated the deal. The Tesla CEO did so by alleging that Twitter violated their mutual purchase agreement by misrepresenting the number of spam and fake bot accounts on its platform.

After Musk put out the deal termination announcement, the market saw a sharp decline. Later, Twitter sued Musk accusing him of using bots as a pretext to exit a deal.

Again, last week, Musk confirmed that he will move forward with the Twitter buyout at the originally agreed price of USD 54.20 per share. However, the Twitter deal legal proceedings had been put on hold by a judge overseeing the dispute until October 28.