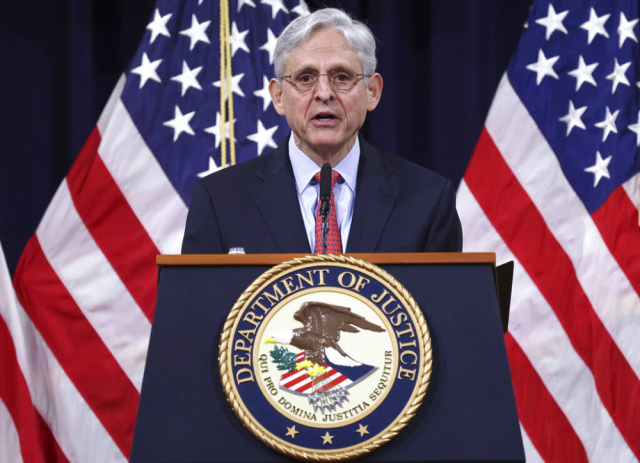 In three separate cases, the US government has charged 13 individuals, including members of China's security and intelligence apparatus and their agents, for alleged efforts to unlawfully exert influence in the United States for the benefit of their government.

"As these cases demonstrate, the government of China sought to interfere with the rights and freedoms of individuals in the United States and to undermine our judicial system that protects those rights. They did not succeed," said U.S. Attorney General Merrick B. Garland, as quoted in the Justice Department press statement. "The Justice Department will not tolerate attempts by any foreign power to undermine the Rule of Law upon which our democracy is based. We will continue to fiercely protect the rights guaranteed to everyone in our country. And we will defend the integrity of our institutions," Garland added.

Seven Chinese nationals were charged - two of whom were arrested on Oct. 20 in New York - with participating in a scheme to cause the forced repatriation of a PRC national residing in the United States. The defendants are accused of conducting surveillance of and engaging in a campaign to harass and coerce a U.S. resident to return to the PRC as part of an international extralegal repatriation effort known as "Operation Fox Hunt."

The Federal Bureau of Investigation (FBI) said that it supported the investigations into all three cases as part of its counterintelligence work.

At the press conference, FBI Director Christopher Wray noted that although the three cases may appear unrelated, each shows that the Chinese government is willing to run over international laws as they seek to assert their authoritarian views.

"In all three of these cases, and in thousands of others, we've found the Chinese government threatening established democratic norms and the rule of law as they work to undermine U.S. economic security and fundamental human rights-including those of Americans," Wray said.

This comes as the FBI continues to consider the counterintelligence and economic espionage efforts emanating from the government of China and the Chinese Communist Party as a grave threat to the economic well-being and democratic values of the United States. "Confronting this threat is the FBI's top counterintelligence priority."

The US government has emphasized the grave threat comes from the programs and policies pursued by an authoritarian government.

"The Chinese government is employing tactics that seek to influence lawmakers and public opinion to achieve policies that are more favorable to China.

At the same time, the Chinese government is seeking to become the world's greatest superpower through predatory lending and business practices, systematic theft of intellectual property, and brazen cyber intrusions," according to FBI.

China's efforts target businesses, academic institutions, researchers, lawmakers, and the general public and will require a whole-of-society response. The government and the private sector must commit to working together to better understand and counter the threat.