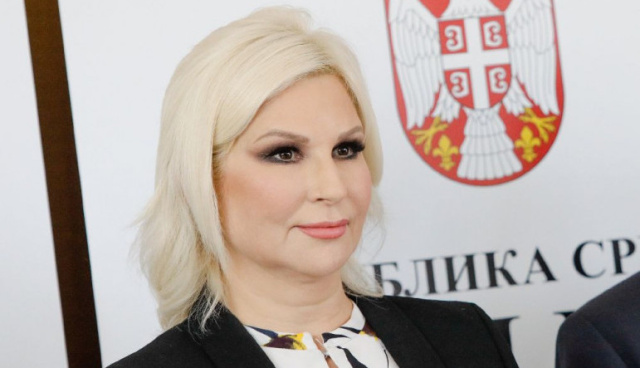 Energy Minister Zorana Mihajlovic, considered one of the leading pro-Western voices in Serbia, is not joining the country's new cabinet, announced half a year after early elections by the president and leader of the ruling party of Aleksandar Vucic.

However, the former foreign minister and leader of the socialists, Ivica Dacic, who was the chairman of the previous parliament, is returning to the new government of Serbia. Dacic, leader of the Serbian Socialist Party (SPS), is often seen as pro-Russian, even though it was during his time that Serbia began negotiations with the European Union.

Interior Minister Alexander Vulin, who in recent years has been much more openly called “Moscow's man in Belgrade”, will not be in the government either. Vulin even visited Russia during the war and is known for harsh remarks against Serbia's neighbors, including Bulgaria. However, there have been reports in the media that he is expected to head the Serbian Security and Intelligence Agency (BIA). This decision is in the hands of the government.

Zorana Mihajlovic was known not only for the respect she enjoyed in Europe and the United States, but also for her difficult relationship with Dacic and the SPS. Both the West and the East are watching Vucic's personnel policy closely, especially after the last elections; Brussels and Washington are calling on Belgrade to join the sanctions imposed on Russia over the war in Ukraine. In April, when work began on the new draft cabinet, Serbia was considering this step.

Vucic, however, so far shows signs that he does not want to give up the policy of the "four pillars", developed by the head of state Boris Tadic, who held the position until a decade ago: a balance between the US, Europe, Russia and China. The difference between Tadic's time and today is that Serbia has been a candidate for membership in the European Union for almost ten years, and has been negotiating for almost nine.

Unsurprisingly in the cabinet is Nebojsa Stefanovic, the defense minister who was Vucic's right-hand man and deputy prime minister before falling out of favor (and recently clashed with Vucic over the way he was famously investigated - and linked in some media reports with power - mobster). Milos Vucevic, who will be Stefanovic's successor in this department and an important cadre in Vucić's party, assured that neither Mihajlovic nor Stefanovic were punished: they just "need to be replaced temporarily". This could open up an opportunity for them to focus more on party work.

Vucic kept silent for a long time about the composition of the new government. It was only known, and only since the end of August, that the prime minister (who should nominally concentrate the executive power in a parliamentary republic) remains Ana Brnabic, despite the insistence of representatives of the authorities that she will be replaced. The president drew criticism after observers accused him of violating the constitution (Brnabic became both an MP and acting prime minister when the new parliament convened in August).

Vucic's Serbian Progressive Party (SNS) took 63 percent of the vote in 2020 - from which the opposition was absent - but only 44 percent in the next one in 2022. A few months after the elections two years ago, Vucic announced that there would be new pre-term elections, and almost all the parliamentary parties were in the cabinet.

And this time, the president set a specific mandate for the SNS cabinet: to get through this and next winter, which because of the war in Ukraine (as Vucic often repeats), will be tough. It is not known if this means that there will be early elections again in a year, two years after the last one.

Only 23 out of 25 ministers were represented. The full cabinet should be known when Brnabic addresses MPs on October 25 (Tuesday).