Macron angered Parliament by bypassing it to Pass the Budget 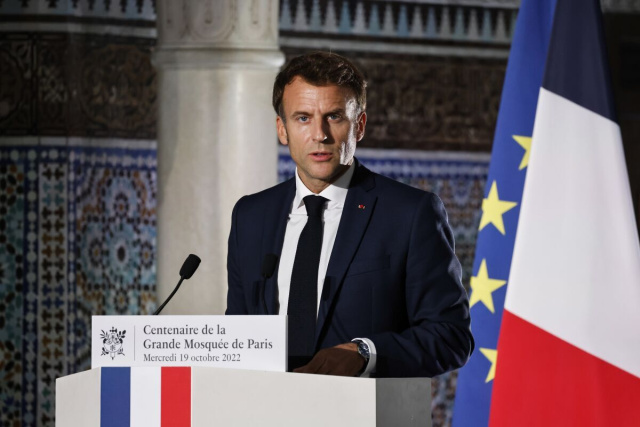 The government suspended debate and activated Article 49.3 in the National Assembly to get the budget approved, stalling attempts by opposition parties to pass largely symbolic measures such as a tax on so-called super-dividends - indirectly targeting profits linked to rising energy prices.

Politico commented that while the move was long-awaited, it confirms the failure of Macron's stated desire to build alliances and cooperate with opposition parties after losing an absolute majority in France's parliamentary elections in June. Macron began a series of talks with opposition leaders and promised to seek "new compromises" after the vote in June.

Instead, recriminations intensified in parliament, with Prime Minister Elisabeth Borne criticizing the opposition for creating a "blockade" and the opposition saying the government had failed to work with opponents.

Using Article 49.3 allows the government to pass a bill without a vote in the National Assembly. To reject the bill, MPs must table a vote of no confidence, which could topple the government if passed.

Although opposition MPs outnumber those who support Macron, it is highly unlikely that the far-right National Assembly and the far-left Nupes alliance will vote together on a vote of no confidence.

But the use of the constitutional tool raises the stakes for Macron, amid strikes across the country.

French drivers have been facing fuel shortages at petrol stations for several weeks because of a dispute over wage negotiations at TotalEnergies. On Tuesday, French unions staged a day of strikes and demonstrations demanding higher wages to offset high inflation.

The use of the constitutional maneuver meant Macron was able to overturn amendments that would have raised taxes, something he promised not to do during the campaign for his second term. The so-called "super dividend" tax, proposed by one of Macron's coalition partners and supported by opposition parties, was scrapped.

The government's decision to force parliament to adopt its version of the budget has angered the opposition and disappointed lawmakers from Macron's Revival party.

The use of force does not bode well for upcoming high-stakes battles like pension reform. The French president campaigned on a platform to raise the retirement age to 65 from 62 in an effort to make the French pension system more sustainable. France currently ranks among the countries with the lowest retirement age in Europe.

Both the far left and the far right have vowed to fight hard to block Macron's pension reform agenda.

If the government bypasses parliament to push through pension reform, it will put opposition parties in a delicate situation where they will have to decide whether to put their differences aside and topple the government or let their voters down.