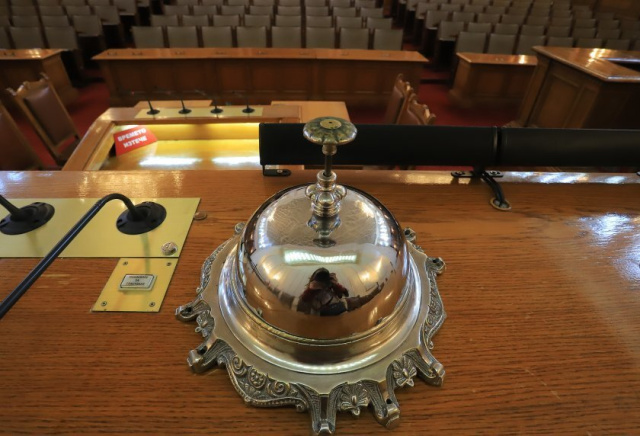 Deputies gather to make a new attempt to elect a Speaker of the National Assembly.

After eight hours of votes, discussions, breaks and verbal exchanges yesterday, the first plenary session of the 48th National Assembly was adjourned - without an elected chairman. After two votes in two rounds, no agreement was reached. Five parties put forward their own candidates for the presidency and this effectively scattered the votes with no possibility for any of them to gather a majority.

Read more about how the MPs failed to elect a speaker and what they said on the first day of Bulgaria’s 48th Parliament.

After the meeting, "Democratic Bulgaria" made a proposal to rotate the chairmanship between the candidates of the two largest parliamentary groups - Rosen Zhelyazkov from GERB-SDS and Nikola Minchev from "We Continue the Change".

GERB-SDS supported the proposal of "Democratic Bulgaria". BSP described the idea as inappropriate, but emphasized that their goal is to make the parliament work.

In the evening, however, a partial resolution of the blocked election was reached, as "We Continue the Change" announced that they were withdrawing the candidacy of Nikola Minchev, although in their opinion he is the most worthy. WCC will not nominate a candidate at today's meeting.

GERB-SDS once again raised the candidacy of Rosen Zhelyazkov

"Under the conditions of talks between the parliamentary groups, such as we had this morning at the presidential council, this will probably be the last attempt to seek the speaker of the 48th National Assembly in a direct fight. If that doesn't help either, it will be necessary to convene the council again and look for other solutions," Desislava Atanasova said.

Andrey Gyurov from "We Continue the Change" confirmed that his party will not nominate a candidate.

Voting was conducted in alphabetical order.

And in the run-off, the deputies did not support anyone, and the presiding speaker, Vezhdi Rashidov, announced an hour's break.

More from today’s second election read only on Novinite.com