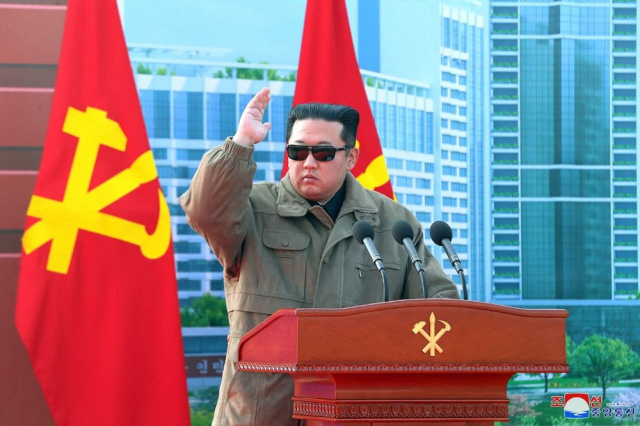 In order to ensure that its economic and political interests in the Korean Peninsula region are not threatened by the West, China wants North Korea to avoid sabre-rattling, especially during the National Congress, where Chinese President Xi Jinping will be declared President for an unprecedented third term, media reports said.

China would never like Western military might to have a dominating presence in the Korean Peninsula, which has a very high importance in China's security mechanism. Peninsula shares a long border with China's industrial heartland in the country's north-eastern provinces, reported Geo Politik. But North Korea has apparently remained insensitive to China's feelings and has undertaken ballistic missile testing at a time when Beijing avoids being distracted by tension at its doorstep.

According to Geo Politik, Xi wants National Congress to go smoothly in which he will be declared President for the third time for five-year term as China even called off high-voltage military drills surrounding Taiwan.

A lot of these actions by China were taken merely for options to show to the world that it wanted no tension to spiral in and around China during the National Congress.

The Party Congress provides a conduit over China's stance in its forthcoming political, diplomatic, economic, and strategic fronts and that is why it becomes crucial for Beijing to remain alert on how it responds and reacts to situations in Korean Peninsula and the Taiwan Strait.

North Korea, under Kim Jong Un has however demonstrated that "no compromise" will be made when it came to displaying its military strength in the Korean Peninsula. According to military experts, there is a fear of further escalation of tension. It is especially as North Korea is preparing for a nuclear test, a first by Pyongyang in nearly five years.

If, indeed the nuclear test takes place it would aggravate the situation in the Korean Peninsula. If the situation escalates, it will annoy China because it would provoke the US, South Korea, and Japan as all these three nations will run to strengthen their military standing in the Peninsular region.

China is also mooting to make a strategic shift in utilizing of its military's capabilities amid the Russia-Ukraine war. It is essential to observe that China's People's Liberation Army's last battle was with seasoned and highly-motivated Vietnamese forces who had successfully wrecked Chinese invasion 40 years ago. It was a long time back and since then China has not made any prominent changes in its military strategy.

In early 2018, the PLA Daily in an article warned that "decades of peace and prosperity have exacerbated corruption and undermined readiness of Chinese armed forces." According to some experts, China's inadequate military preparedness as the reason for it to push a pause button to its aggression in the Taiwan Strait.