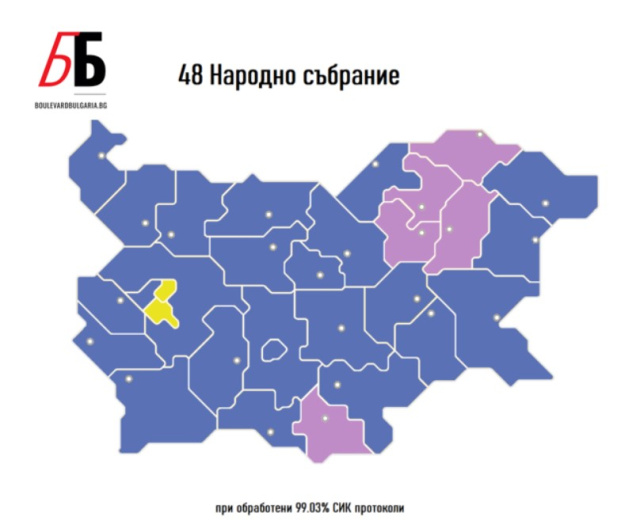 Expectedly, in the distribution by provinces (oblasts), GERB-SDS won the vote, second were “We Continue the Change” (WCC), third were the Movement for Rights and Freedoms (DPS).