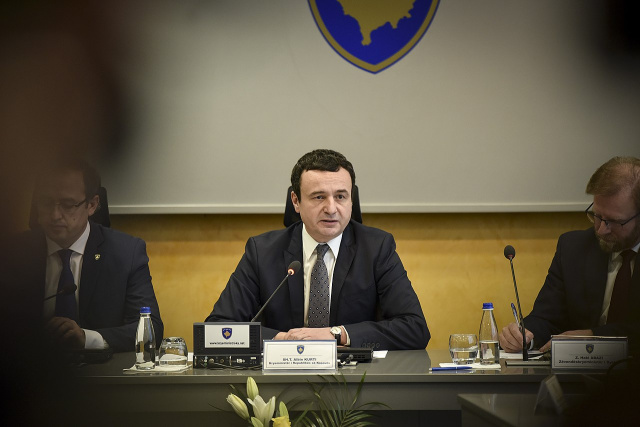 Kosovo Prime Minister Albin Kurti believes that there is an imminent possibility of conflicts with Serbia. This was reported by BGNES.

He stated that there are 4 reasons for this to happen, one of them being that Serbia does not recognize Kosovo's independence, reports "Kosovo Online". In addition, Serbia blocked the admission of Kosovo to international organizations and financed "parallel structures" in the northern part of Kosovo.

"Serbia fights against our international recognition and at the same time finances illegal structures in Kosovo that undermine the rule of law and our sovereignty. Second, Serbia does not recognize the war crimes committed in 1990," Kurti pointed out. Kosovo's prime minister said that Serbia maintains close relations with Russia, which, according to him, disturbs the peace in the region.

"Kosovo is a democracy, Serbia is not - this is the third thing that worries me. Anyone who borders an autocracy is in danger. Fourth, official Belgrade maintains close ties with despotic Russian President Vladimir Putin. Vucic met with Putin almost 20 times in 10 years, with the last meeting on November 25, 2021 in Sochi, three months before the start of the war," Kurti said.