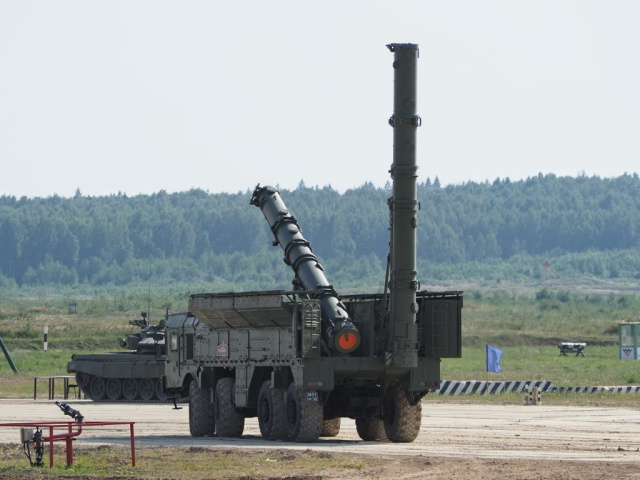 The Russian "Iskander" misssile is capable of carrying a nuclear warhead

The investigative services of the United States and its allies are increasing their surveillance of Russia to monitor preparations for a possible nuclear strike on the territory of Ukraine. This was reported by Politico, citing the words of five former and current US officials.

Interlocutors of the publication warn that the first signs of preparations for a nuclear strike may appear too late to be noticed. The reason, they say, is that because Russia also has smaller tactical nuclear weapons designed for targeted use on the battlefield to a greater extent than intercontinental ballistic missiles (on whose deployment the signs are much more unambiguous).

The private satellite network is used to analyze the movements of Russian units in the field. Recently, however, more tasks have also been assigned to "US and allied intelligence assets in air, space and cyberspace". Last week, especially over the Kaliningrad region, reconnaissance planes also flew more than once (Russian hypersonic missiles are located there).

The US has already warned Russia of "catastrophic consequences" in the event of a nuclear strike, as President Vladimir Putin once again threatened when announcing the "partial military mobilization".

However, comments followed from former Prime Minister and President Dmitry Medvedev, now Deputy Chairman of the National Security Council; according to him, Washington will do nothing in such a scenario.

Polish Foreign Minister Zbigniew Rau said NATO's response to the use of nuclear weapons in Ukraine should be non-nuclear but "devastating". "As far as we know, Putin is threatening to use tactical nuclear weapons on Ukrainian soil, not to attack NATO, so that means NATO has to respond with a conventional response," Rau told NBC. "But the response has to be devastating. And I guess that's the clear message that the US is sending to Russia right now."

Late on Sunday, US officials, while threatening catastrophic consequences, made it clear that they were holding very high-level talks with Russian authorities to avoid escalation.

From the Polish first diplomat came an assessment similar to that of the American representatives: Putin is in a difficult situation.

“Apparently, President Putin is losing the war. So his reaction is to start mobilizing. But mobilization doesn't seem to be helping him with the war”, said Zbigniew Rau, Foreign Minister of Poland