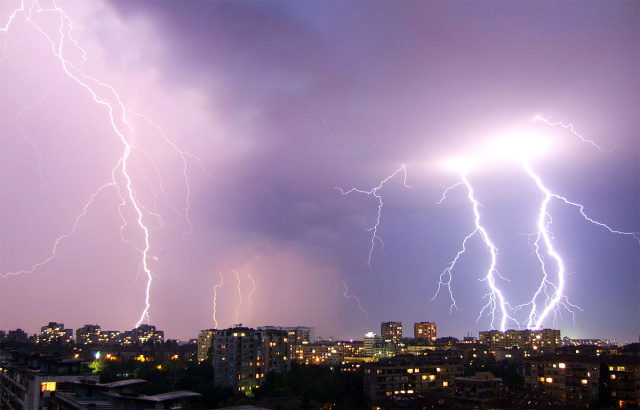 Over 80% of the buildings in Sofia do not have lightning protection, especially the old socialist panel buildings. The absurd thing is that they had one during construction, but massively during the repair of their roofs in recent years, the installations have been removed.

This alarmed Eng. Hristomir Ivanov while speaking to BNR.

"If a lightning strikes the roof of your building and you are taking a shower in the bathroom, the probability of being struck is very high. But people don't know that. Lightning chooses its path along the line of least resistance," explained the specialist. Therefore, the neighbor's lightning rod does not work for general protection.

The lightning protection system is mandatory and controlled during new construction and the commissioning of the buildings, Ivanov also pointed out.

There is an effective ordinance for lightning protection, which very clearly indicates how a lightning arrester installation is designed and what is the perimeter of its protection, he specified. And appeals to those who want to take preventive measures to turn to specialists.

18,000 - 19,000 lightning bolts fell over Bulgaria and southern Romania during the storm yesterday, with two-thirds of them in our country, Hristo Hristov from the National Institute of Meteorology and Hydrology (NIMH) reported.