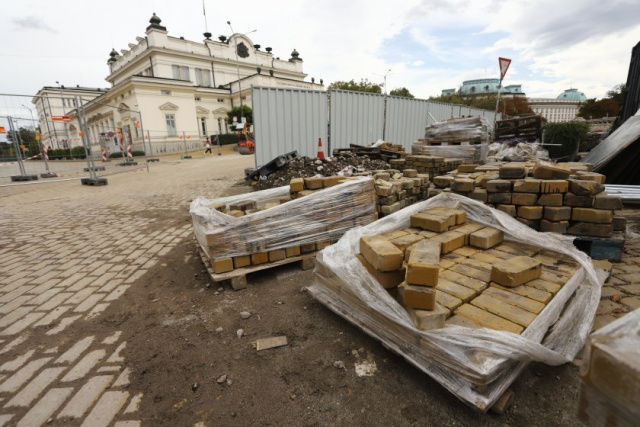 Posts on social networks again directed the attention of citizens to the repair of the emblematic yellow cobblestones of Sofia. The pictures show displacements and losses.

However, part of the published footage is from the still unrepaired part. The justification for the displaced stones in the repaired part is the “chosen technology”.

"There has been shifting of stones in the last two or three days, which is due to the fact that there are blocks on the side of the repaired area and the intersection, which have wider joints. This allows for some movement, but since we expected rainy days, the builder will come in to repair them when there are three or four days of good weather, most likely from Thursday," said Angel Jorgov, deputy mayor for construction.

"We tried a lot, we put a lot of effort into these sections, it’s true there are displacements from the braking efforts of the cars, which we will fix and try to stabilize," added Krasimir Tsoklinov, a representative of the contractor company.