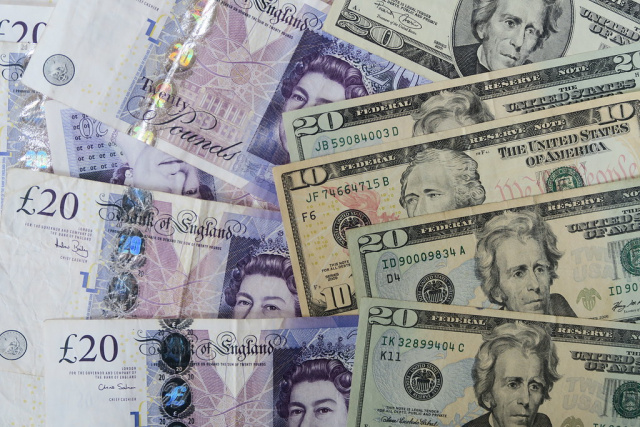 The British pound fell to its lowest level against the US dollar since 1971.

Pound sterling fell more than 4 percent to $1.0327 in early trade in Asia before recovering some of its ground to around $1.05, the BBC reported.

The British currency came under pressure after the dollar was supported by the US central bank, which continues to raise interest rates.

In morning trade in Asia, the Euro also hit a fresh 20-year low against the dollar on investor concerns about the risk of a recession as winter approaches with no sign of an end to the energy crisis or the war in Ukraine.

Peter Esho, co-founder of investment firm Wealthi, said: ""On the pound, the pressure has really intensified on the news that the new government will cut taxes, which is a pro-inflationary measure. Add to that the recent energy subsidies and the news that the Bank of England may have to hold an emergency meeting to raise interest rates, all of which is causing panic," he added.

Global markets tumbled last week after the US Federal Reserve and several other major central banks, including the Bank of England, raised interest rates in an attempt to rein in rising prices.