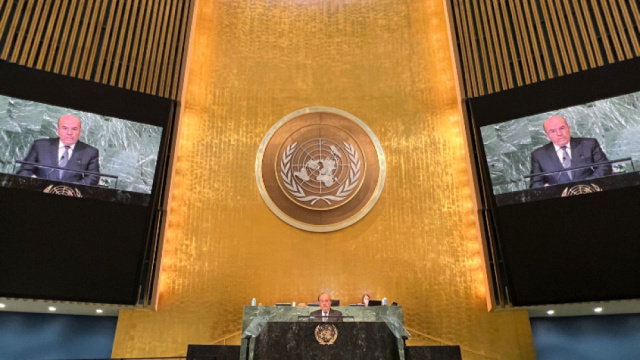 "We are passing through a period marked by many challenges," declared during the 77th session of the UN General Assembly in New York, acting Minister of Foreign Affairs Nikolay Milkov.

He also expressed the Bulgarian position on Russian aggression in Ukraine and the referendums that are being held in occupied territories:

"This illegal military aggression, which is being waged by a permanent member of the Security Council, not only undermines global security but also poses a danger to the entire international rules-based order.

Bulgaria is seriously disturbed by the current escalation of the conflict and the partial mobilization announced in the Russian Federation. We also condemn the referendums that are being held in the occupied Ukrainian territories. We believe that they are not free and fair and that they have no binding force."