Bulgaria is Extending the Program for Accommodation of Ukrainian Refugees 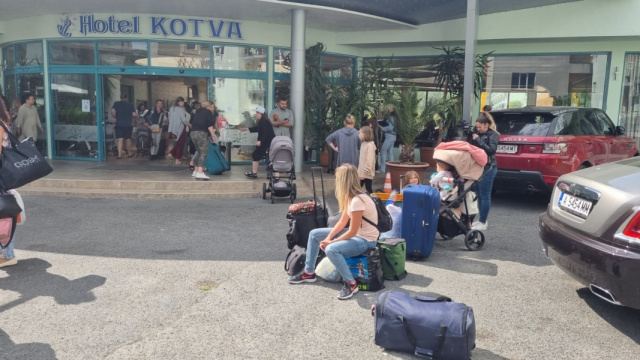 "The program for the accommodation of Ukrainian refugees in hotels will be continued until October 31 at the current estimate, so a new program will be able to be created," said on BNT Ilin Dimitrov, Acting Minister of Tourism.

According to him, it is difficult to plan next year's season and that is why buffers are being set.

"In general, there were tourists this summer. It is good that the compensations for electricity will remain next year as well. For winter resorts, the prices of electricity, gas and pellets are key this season. I don't think it is expensive on the Black Sea coast, there are all kinds of restaurants, the question is of choice. There is a serious growth in spa tourism - 665 thousand people, 17 percent of all tourists who came to Bulgaria. 3 million and 300 thousand people chose to rest in Bulgaria - half are by the sea, the rest are in the mountains. The service is good as quality," added Ilin Dimitrov.

He explained that the goal is to double the number of certified beaches.