Bulgarian and American Servicemen with Joint Training at “Novo Selo” 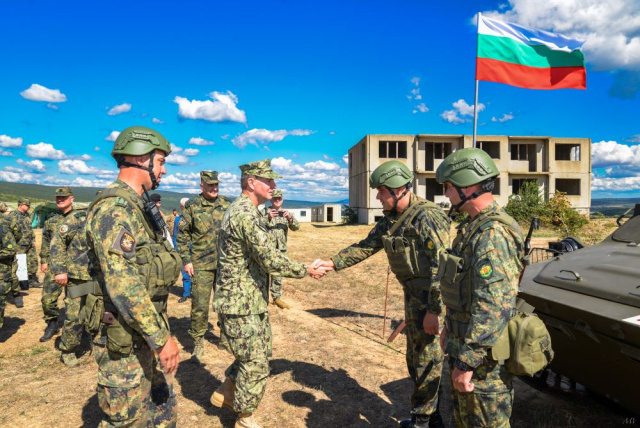 As part of his visit to Bulgaria, the new commander of the Allied Joint Force Command in Naples, Admiral Stuart Munsch, visited the “Novo Selo” training ground and got acquainted with the process of joint training of the battle group in Bulgaria. Together with the Deputy Chief of Defense Lieutenant General Dimitar Iliev and the Commander of the Joint Forces Command, Major General Valeri Tsolov, he observed demonstrations of capabilities in joint actions by Bulgarian and American military personnel.

The demonstrations involved a Bulgarian mechanized company and an American infantry platoon with the support of an unmanned aerial vehicle crew from the 61st Mechanized Brigade. The servicemen demonstrated a high level of readiness in joint offensive operations.

The guests also observed a static display of weapons and equipment used by the formations of the battle group, in which representatives of the Italian army with the commander Colonel Francesco Alaimo also participated.

Admiral Munsch gave a high assessment of the capabilities that the battle group has achieved in the process of joint training with the participation of Bulgarian and American servicemen. "All of us NATO member states are building collective defense together, and through the creation of battlegroups we are providing additional forces to strengthen the Alliance's deterrence and defense," he said. 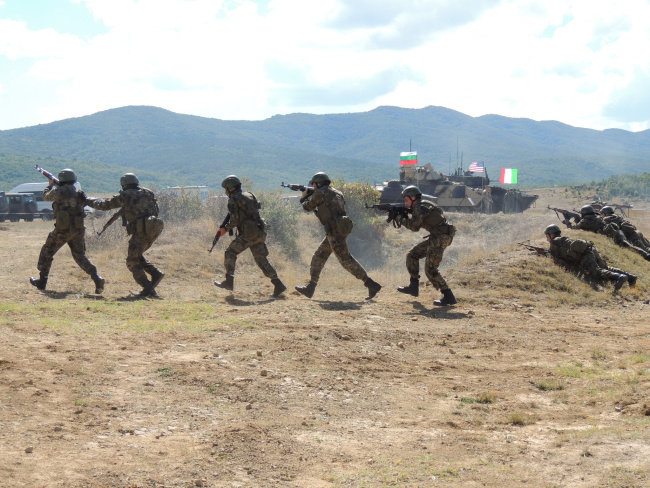 Lieutenant General Dimitar Iliev congratulated the servicemen for the achieved level of interoperability. "You have shown that you train hard and act as a team. This is another opportunity to show our determination to work together with the allies for the sovereignty and independence of our country and NATO member countries," noted the Deputy Chief of Defense.

Commander of the Allied Joint Forces Command Naples, Admiral Stuart Munsch, familiarized himself with the mission, structure and main tasks of the Joint Forces Command (JCF) at a briefing given by Colonel Hristo Hristov - JCF Deputy Chief of Staff for Operations. The situation and the main challenges facing the combat group were presented by its commander, Lieutenant Colonel Velin Kehaiov - commander of the 42nd mechanized battalion of the 2nd Tundzha Mechanized Brigade.

The battle group was formed on the territory of Bulgaria according to the decisions of the Council of Ministers dated March 2 and May 20, 2022 to contribute to the strengthening of NATO's defense potential to protect the territorial integrity of the member countries.

The construction of a combat-capable battle group on Bulgarian territory is an expression of the determination of our country and the allies to share the responsibility for ensuring the security of the member countries, contributing to strengthening the deterrent defense potential of NATO's Eastern flank.