Corruption and Political Risk are holding Bulgaria back 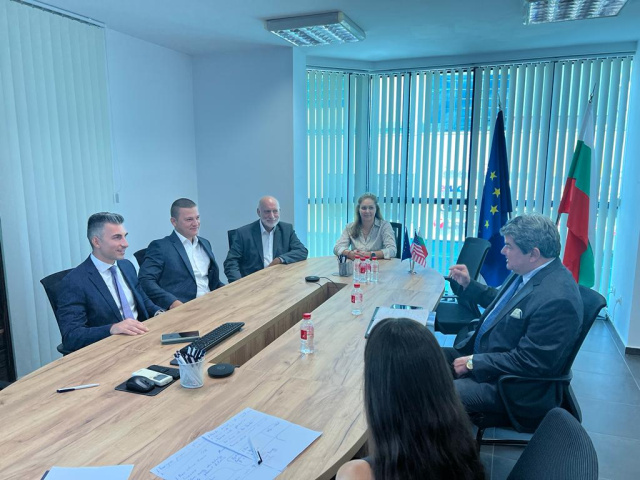 The global energy crisis and the opportunities before Bulgaria in the field of energy, regarding the creation of strategic base non-emission capacities, were discussed by Dan Shomon and the Union for Private Economic Enterprise at a workshop in Sofia.

Bulgaria has a strategic opportunity to operate nuclear sites, an advantage that could ensure stability for the entire region.

The possibilities for the transfer of RES technologies and storage systems was also discussed in the meeting. The USA has been a long-time leader in these technologies, and increasing American investment in Bulgaria in the field of energy will enable Bulgaria to have the most advanced storage methods in the world.

The partners discussed the possibilities for anticipatory economic development of Bulgaria, through investments in the Green transition and digital transformation. The plan for recovery and sustainability, the operational programs and the treasury give Bulgaria the opportunity to adequately deal with the crisis and accelerated economic upswing.

Corruption and political risk were identified as the main obstacle to the rapid economic development of Bulgaria. Pre-election rhetoric generates political instability that blocks foreign investment.

Corruption practices and addictions bring uncertainty and inefficiency to policies, initiatives and investments, both on the part of the state and employers. The United States is closely monitoring the initiatives taken to curb corruption. A sign of this was the recent visit to Bulgaria by Jim O'Brien, head of the Office for Coordination of Sanctions under the Magnitsky Act in the US State Department.

Similar forums aim to create conditions for the strengthening of trade relations between the United States of America and Bulgaria. The working meeting of Dan Shomon and the Union for Private Economic Enterprise aims to build on the previous initiatives of the partners to create interaction between American investors and Bulgarian partners for the transfer of technology, know-how and capital.

Dan Shomon is a long-time partner of the Union for Private Economic Enterprise and a friend of Bulgaria, whose efforts are aimed at presenting Bulgaria as a good country with a good business climate to the American investor community. His efforts have led to specific initiatives in Bulgaria by leading American companies, including some of the leading technology companies in the world.