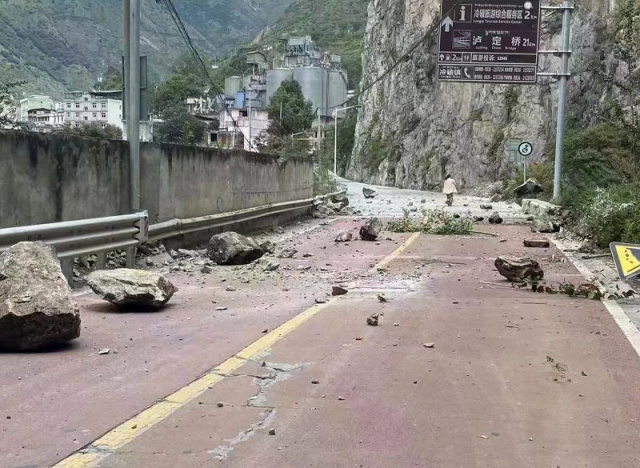 A strong earthquake with a magnitude of 6.6 has shaken Southwest China. At least 13 people have died in Sichuan province, the BBC reported.

The earth shook at 12:52 p.m. local time. The depth of the earthquake is 10 km according to data from the American Geophysical Institute. The epicenter was about 200 km southwest of Chengdu and 40 km from the city of Kangding on the banks of the Dadu River, which is considered the historical border between the Kam region of Tibet and Sichuan.

The quake shook buildings in Chengdu and the neighboring metropolis of Chongqing, leaving roads blocked and cutting telecommunications lines in areas home to more than 10,000 residents. Residents of Chengdu, a city of 21 million people, were forced to stay in their homes due to a lockdown imposed by the authorities on Friday due to COVID-19. Some rushed to their yards, others began to cry, the dogs howled. It was pretty scary, Laura Luo, an international PR consultant, told Reuters news agency.

Power plants have shut down in the Ganzi and Ya'an prefecture areas.

More than 500 rescuers have been dispatched to the epicenter, and workers are working to clear roadblocks caused by the landslides.

It was a strong earthquake, the house was shaking violently, commented a local resident on the website of the European Mediterranean Seismological Center. It's very scary, writes another. Moderate shaking, minor damage, described the experience of a third resident of Sichuan.

The mountainous countryside is often shaken by earthquakes.