Bulgaria: 1-2 Months will be Needed to Clear the Damage from the Floods, Years to Restore the Villages 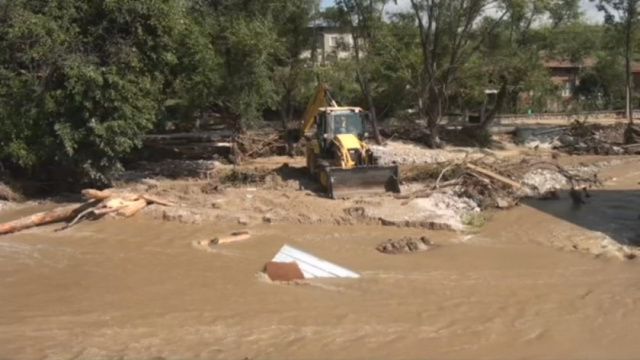 “6 are the most affected settlements by the floods. 5 are in the municipality of Karlovo and Trilistnik. There is access to every village, there is still no drinking water, electricity has already been restored everywhere”. This is what Chief Commissioner Nikolay Nikolov - Director of the DG "Fire Safety and Protection of the Population" said on BNT.

He predicts, however, that it will take 1-2 months to clean up the damage, and that the infrastructure will be restored by this time next year.

Chief Commissioner Nikolov stated that the regional governor of Plovdiv has declared a state of emergency for the Plovdiv region since yesterday so that the state can get involved more actively and support the mayor's efforts.

"The mayor of Karlovo did miracles. It is a miracle that there are no victims. Such an enormous disaster has not happened recently in Bulgaria. But there is a lot of damage," he said.

According to him, such a disaster cannot be prevented. But, sensing the climate changes, we must adapt. There must be advance planning of the urbanized territories, there must be stability of the buildings. The good thing is that construction in our country is not as bad as it was claimed. In one such flood, all the houses could have been wiped out. It is necessary to actively work with insurers, Chief Commissioner Nikolov added.

Unfortunately, people are not insured. The reasons are because in villages, near rivers, the insurance premium is very high and people do not have such funds, he added.

He stated that the national investigation will provide an answer to the reasons and whether there are guilty people who should bear their responsibility. Such a disaster does not happen every year. “Our dykes are calculated for a hundred-year wave, and here we are talking about a 200-500-year wave”, said Commissioner Nikolov.

136 are currently the volunteers helping people. They are from Sofia, Kazanlak, Smolyan, etc. There are plenty of people willing to help, he said, but someone needs to guide them to tell them what to do.

Currently, 29 excavators, bulldozers and dump trucks are on site helping with the cleanup.

"Our efforts are intensifying and we will handle this," he said.

The most important thing now is to provide food to the population and to the sick people who need help and medicine. 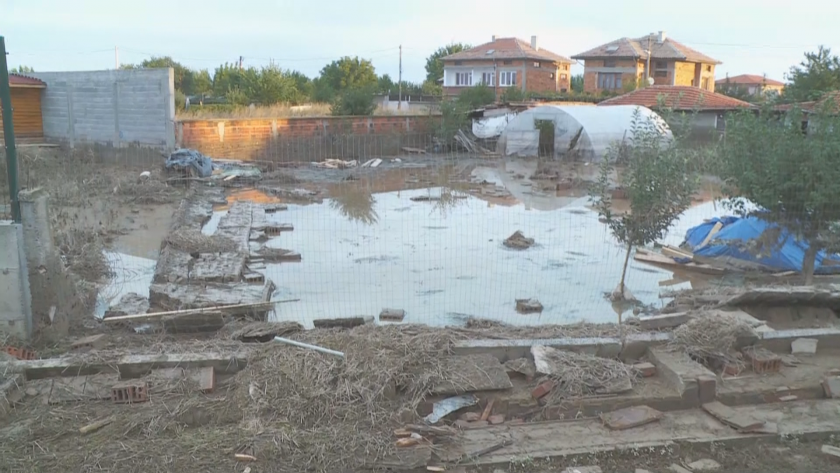 Residents of Trilistnik through tears: “We don't know how we will manage, we are starting from scratch”

On the third day after the Trilistnik disaster, the water gradually recedes. However, the damage is huge and people fear how they will survive the winter. 500 people have been evacuated, 120 houses are under water.

The mayor of the village told BNT that the residents are already returning. There is one fallen house in Trilistnik, and another is uninhabitable. In all 120 houses, however, the lower floors are flooded.

People say that all the furniture, kitchen equipment, pellets bought for the winter have been destroyed. Their lower floors are destroyed, and they have no funds for major repairs.

"We don't know how we're going to cope. We're starting from scratch," say the residents of Trilistnik through tears.

The producers' livelihoods are also under water. Tons of agricultural produce were destroyed - 500 tons of sunflower and 200-300 tons of wheat.

Nikola Kranolski from "Irrigation Systems - Plovdiv" said that the dike, which is broken, is actually a weak section, with a built-up correction over 50-60 years old and obviously depreciated. However, the main reason remains the extreme amount of precipitation that fell. Kranolski predicted that the broken levee was the better option because if the river had overflowed at Trilistnik, it would have flooded the entire village.

"There is even some relief, it could have been worse," he said.

Clearing the damage in the flooded villages continues.

Army personnel is involved in what heavy equipment cannot do. The aim is to first clear the main arteries and communication nodes.