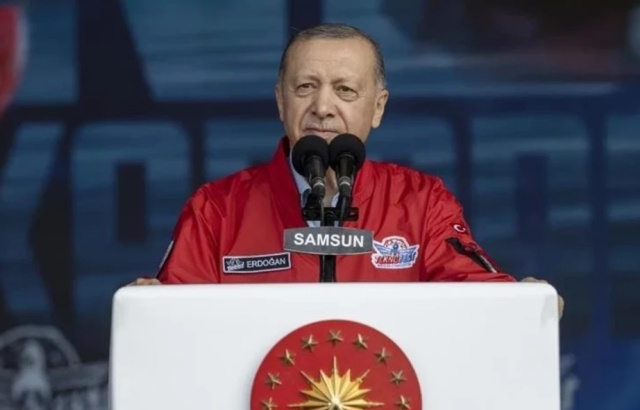 Turkish President Recep Erdogan made a speech full of threats to Greece. He called on Athens to learn from history and not forget the defeat in the Greco-Turkish war in 1922, Anadolu Agency reported.

Erdogan made the speech at Turkey's largest technology festival, Teknofest, which is held on the Black Sea coast in Samsun province.

"Greece, look at history, go back in time - if you go too far, the price will be high. I want to say only one thing to Athens: Don't forget Izmir!", said the Turkish president.

The last scene of the Greco-Turkish war of 1919 - 1922 was played out in Izmir. Greek troops from Asia Minor were evacuated through the port of the city at the beginning of September 1922 after their defeat at Dumlupinar, while during the capture of the city by Turkish forces, led by Mustafa Kemal Ataturk, much of it was burned, and thousands of Greek and Armenian refugees perished. The fall of Izmir is a lasting trauma in the historical memory of today's Greece.

Tensions between Ankara and Athens escalated after Greece filed a complaint against NATO Secretary General Jens Stoltenberg to delete a Twitter post from NATO's Allied Land Command account on the 100th anniversary of Victory Day in Turkey, which commemorates the Battle of Dumlupinar.

Subsequently, Ankara criticized NATO that the tweet was deleted and described this action as "unacceptable".