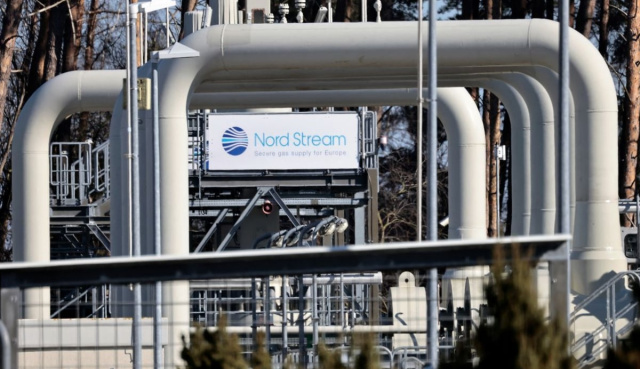 Russia has stopped the supply of natural gas through the Nord Stream pipeline, Russian and Western news agencies reported.

Natural gas supplies have dropped to zero cubic meters per hour, the German side reported. "Gazprom" announced yesterday that it is completely stopping the supply due to a planned repair of a compressor station. However, according to Europe, Moscow is using natural gas as an economic weapon.

German Chancellor Olaf Scholz has promised that the government will take further measures to ease households. And he pointed out that the country is well prepared for the temporary suspension of supplies from Gazprom through the Baltic Sea:

"Because we started early, we took the necessary decisions quickly to get us through this winter and next. We are building new LNG terminals on our north coast at a distinct pace. With secure imports from Norway and the Netherlands through our western ports, we have ensured that we keep our storages - not like last year. They are now more than 80% full and we will continue to fill them so that we are well supplied in the coming winter," the chancellor said before a crisis cabinet meeting in the eastern German city of Meseberg, where ministers discussed additional social benefits for households.

Last night, the Russian company further restricted gas supplies to the French energy company Engie due to disputes over the bilateral contract.

Kremlin spokesman Dmitry Peskov said that the economic measures imposed by the West against his country are the only obstacle to the fulfillment of the agreed supplies to Europe:

"It is guaranteed that the deliveries are not hindered by anything other than technical problems caused by the sanctions. Russia was and remains ready to fulfill its obligations. However, European countries, Canada, the USA and Great Britain have imposed sanctions on the Russian Federation, which do not allow normal service and repair work. And they also do not legally allow the return of the necessary components from abroad. There are no other obstacles for Russia to fulfill its obligations," the spokesperson of the Russian president claimed.