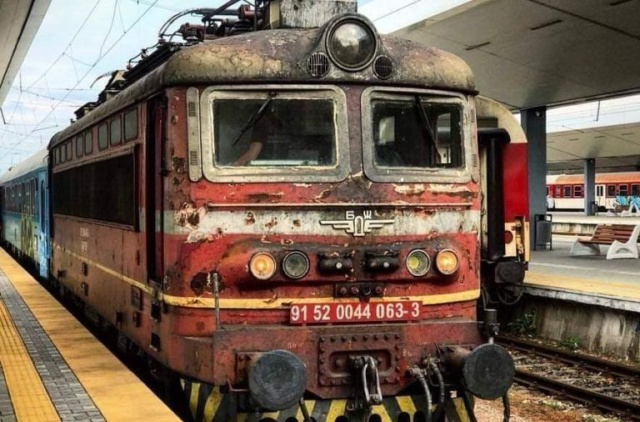 “Bulgarian Railways (BDZ) is in a dire state. I have ordered the Board of Directors and the General Director of BDZ to take immediate measures to repair locomotives and wagons that cannot cover 100% of the schedule and to bring the service to the form in which we should provide it to the citizens.” This was stated at a briefing by the Deputy Minister of Transport and Communications Krasimir Papukchiiski.

Papukchiiski announced that the implementation of the schedule from the beginning of the year to the present shows extremely alarming conditions and, accordingly, the performance of the service under the contract with the state for passenger transportation. According to his words, since the beginning of 2022, 5,700 fast and passenger train routes have been canceled, that is more than 12 days in which no trains ran in Bulgaria. "We're generating 1,000 to 1,800 minutes of delay every day running this schedule," he said.

The conditions inside the compounds themselves are extremely unmaintained and with extremely poor hygiene, added Papukchiiski and noted that he ordered the Board of Directors and the General Director of the BDZ to take immediate measures in this regard.

"Unfortunately, my finding from the point of view of the condition is not only related to the schedule and the execution of the contracts, but the condition of the office premises, as well as the resting places of the locomotive brigades, is extremely bad," emphasized Papukchiiski.

In this regard, he has also ordered immediate measures to start procedures for the repair of the service premises and the premises of the locomotive brigades.

“The goal is maximum volume, creation of conditions for transportation of intermodal cargo but this is not currently on the agenda of BDZ's program at all”, said Papukchiyski. He informed that he had ordered immediate measures in this regard as well, because the violation of the delivery terms leads to a reorientation of the freight transport market.

Papukchiiski stated that the main reason he sees for the failure to deal with the situation in terms of both the schedule and the service of freight is the mismanagement of the contracts that have been concluded for the repair of locomotives and wagons. He emphasized that when he asked for an analysis of why the contracts were not being fulfilled, he was not provided with one and added that there are locomotives that will be stopped from running. "For this reason, after the meeting with the representatives of Siemens, I have ordered BDZ to put absolutely all locomotives into operation by the end of September," he added, specifying that this must be done in order for the service to provide people with affordable, safe and timely performance.