Iraq: At Least 15 Killed and 200 Injured in Clashes in Baghdad 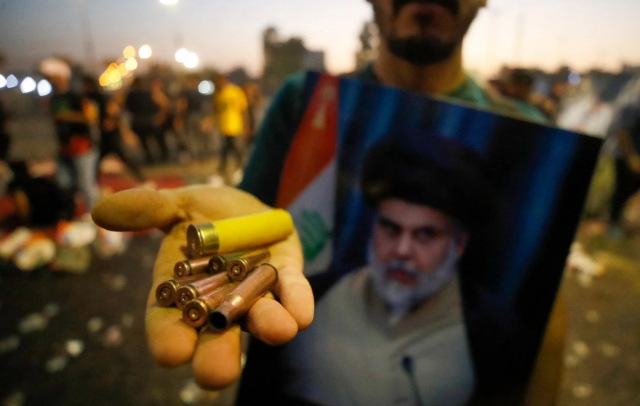 Fierce clashes continue in Baghdad's Green Zone. At least 15 supporters of Muqtada Sadr have already died, the Associated Press reported, citing authorities. Over 200 people were injured in the clashes.

The influential Shiite cleric announced yesterday that he was withdrawing from Iraqi politics. This provoked hundreds of his angry supporters to storm the government building in the heavily guarded complex in the center of the capital.

Muqtada Sadr has announced a hunger strike until the violence ends.

Today's Tuesday will be a non-working day.

The White House expressed concern about the clashes.

Muqtada Sadr enjoys widespread support for his opposition to American and Iranian influence in Iraq. He was the winner of last October's elections but in June withdrew its MPs from parliament after failing to form a government.