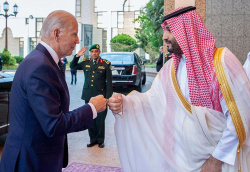 International Institute for Middle East and Balkan Studies (IFIMES) from Ljubljana, Slovenia, regularly analyses developments in the Middle East, the Balkans and around the world. T-Fai Yeung, researcher at the Global Studies Institute Hong Kong, prepared analysis entitled "President Biden's Visit to Saudi Arabia: Saudi-US Relations in Freefall" in which he analyses the visit of US President Biden to Saudi Arabia. 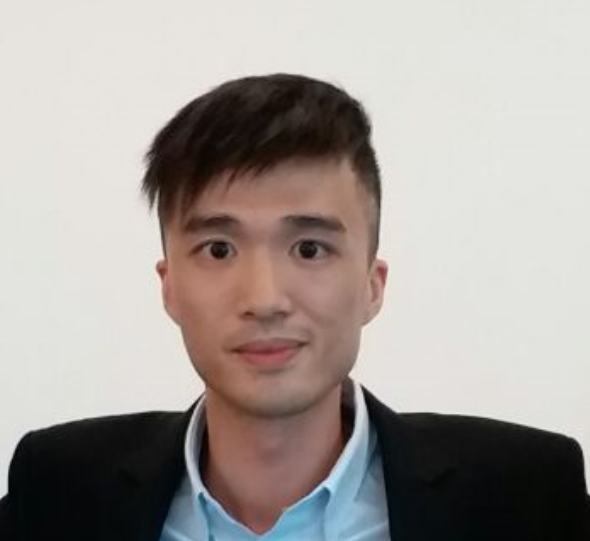 In July of this year, Joseph Biden visited Israel and Saudi Arabia for the first time as US president. It is well known that the primary goal of the trip was to persuade Saudi Arabia to increase oil production to alleviate the pressure caused by soaring global energy prices. Yet, it is worth remembering that when Biden punished Saudi Arabia for the murder of dissident journalist Jamal Khashoggi in 2019, he described it as a "pariah" country, adding that he had no short-term plans to meet with Saudi Crown Prince Mohammed bin Salman (MBS), the de facto ruler of Saudi Arabia. It is therefore unsurprising that Biden received fierce criticism, not only for failing to encourage Saudi Arabia to increase oil production but also for fist bumping MBS. Nevertheless, some argue that the criticism is unwarranted. After all, it was the West as a whole that put Biden in such an awkward position.

Biden's Recalibration of Saudi Policy Criticized by both Realists and Moralists

On one hand, the Biden administration disclosed a confidential CIA report which concluded that the Saudi crown prince was behind the murder of Jamal Khashoggi. On the other hand, the US did not sanction MBS himself, only others involved in the killing. This response triggered criticism from both realists and moralists. Realists argued that infuriating MBS would be detrimental to the US in the foreseeable future, while moralists condemned the failure to impose direct punitive measures on MBS as hypocritical.

In terms of Biden's visit to Saudi Arabia, some realists feel that Joseph Biden was shooting himself in the foot, while other realists believe that Biden's move may help US–Saudi relations in the long run, despite it being humiliating in the short term. From the perspective of prioritizing human rights, Biden's meeting with MBS is seen as him going back on his word and surrendering to a dictator.

It is worth mentioning that Turkey played a significant part in putting Khashoggi's murder under the spotlight; however, it is difficult to say if their motive for doing so was entirely altruistic. At the time, Turkey's President, Recep Tayyip Erdoğan, was being heavily criticized by the US for his country's human rights abuses, with Turkey itself being the subject of US sanctions. The disclosure of Khashoggi's murder could have been a calculated attempt to embarrass the US: if the US decided to punish Saudi Arabia, it would suffer geopolitical losses, but if it tolerated Saudi Arabia's actions, it would show the world that the US had a double standard in terms of its response to human rights.

Turkey had also hoped to use the case to undermine Saudi leadership in the Muslim Sunni bloc. However, given Turkey's rapid economic deterioration in recent months, it urgently needs to ease relations with neighboring countries. This is partly why Turkey suspended Khashoggi's murder trial, handed over the case to Saudi Arabia in April, and welcomed MBS to Ankara in June. These are just a few examples of Turkey's abandonment of justice for its own politico-economic gain. As such, Biden's visit was a little less dishonorable than Erdogan's behavior because the US has not lifted its sanctions. That said since the US proclaims itself to be the leader in defending global human rights, Biden's compromising has led to severe criticism.

The Energy and Climate Crisis is Not Only Biden's Fault

Of course, it is unfair to solely blame the Biden administration for creating the major crises which are currently faced by the West. For example, Russia was suppressing dissident journalists and human rights activists long before its invasion of Ukraine; however, neither Europe or the US imposed comprehensive sanctions on them or accelerated its efforts towards energy independence to reduce reliance on Russia. Furthermore, after Khashoggi was murdered, no European state vowed to boycott Saudi Arabian energy as did the US. Hence, it can be said that Western leaders did not show much determination to reduce their dependence on the energy of authoritarian regimes in recent years.

By this standard, Biden is not necessarily more hypocritical than any other political leader in the Western bloc. The recent energy crisis caused by the West's imposition of sanctions on Russia is, in fact, a result of their lengthy practice of "dealing with devils." The moral responsibility, therefore, should be shared by their leaders collectively.

It should be added that the West's foreign policy is often not purely driven by either human rights or interests. Indeed, the US and the EU are signatories of the 2015 Joint Comprehensive Plan of Action (the so-called "Iran Nuclear Deal"), despite Iran's notorious record of executing dissidents over the past 35 years. The original intention of the agreement was to use trade normalization as bait to lure Iran into gradually abandoning its development of nuclear weapons and improving its domestic human rights. However, the West did not make the deal on the premise that Iran's human rights would improve significantly or overnight, it made compromises.

Shortly after Donald Trump became President, he unilaterally withdrew from the Iran Nuclear Deal because he claimed that it was full of loopholes that allowed Iran to continue developing nuclear weapons in secret. Subsequently, Iran has been actively refining the enriched uranium needed for nuclear weapons, while its domestic hardline conservatives have fully regained political power in recent years.

The question of whether the threat from Iran was caused by Obama's relaxation of sanctions or Trump's unilateral withdrawal from the nuclear deal has been a hotly debated topic. It is also worth mentioning that Trump's recognition of Jerusalem as Israel's capital and his plan of "Peace to Prosperity: A Vision to Improve the Lives of the Palestinian and Israeli People," which allows Israel to occupy most of the West Bank, are based on contempt for Palestine.

Biden showed his intention to revise Trump's Middle East policy on both the US presidential campaign trail and at the start of his presidency. However, evidence suggests that Trump's policy has gradually taken root. In addition, the geopolitical situation has changed drastically. Therefore, it is difficult for Biden to simply act as he wants, and even if he did, the results would not seem effective either.

Of course, some left-wing critics argue that the climate crisis is precisely the result of over-consumption of non-renewable energy. Hence, instead of begging dictators to increase energy production amidst the current energy crisis, the Biden administration should use this opportunity to promote clean energy and reduce global greenhouse gases emissions, despite the pain it will cause people in the short term. That said, the US mid-term elections are approaching, and forcing voters to reduce their energy usage at such a time will only make things more difficult for the Biden-affiliated Democratic Party. Therefore, whether such an approach is prudent is up for debate.

Last but not least, the claim that "The US would not face such a passive geopolitical situation if Trump was re-elected as the US President" is an assertion that cannot be proved. Trump is well-known for his unpredictability and capriciousness in handling US foreign affairs, despite his consistent tough stance against Iran and his partiality to Israel and Saudi Arabia. Based on his previous actions, Trump might backtrack on Ukraine's accession to NATO, claiming to support Ukraine's right to join NATO, but then echoing others' position against NATO expansion. He might also recklessly respond to Russia's military threats, which would make the global situation even more precarious. Ultimately, both Trump's loyal supporters and his adversaries can find examples that support their respective arguments, while simultaneously turning a blind eye to inconvenient truths.