Chinese Troops to Participate in joint Military Exercises in Russia 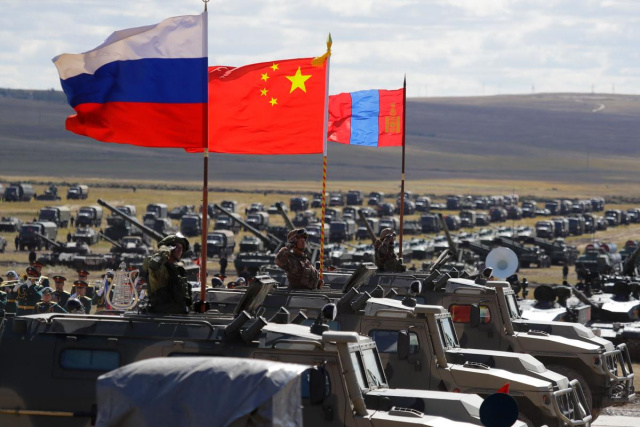 China's Defence Ministry has announced that its People's Liberation Army will participate in the strategic command and staff exercise Vostok-2022 in Russia in which India, Belarus, Tajikistan and Mongolia are also participants.

"According to the annual China-Russia military cooperation plan and consensus reached by the two sides, the Chinese People's Liberation Army will send some troops to Russia to participate in the Vostok (East)-2022 strategic exercise," the Chinese defense ministry said in a statement on Wednesday. The Chinese defense ministry said that India, Belarus, Tajikistan, and Mongolia will also send troops for the exercise but the Indian army has not made any official comment on this.

"The Chinese military's participation in the exercise is unrelated to the current international and regional situation but designed to deepen practical and friendly cooperation with the militaries of participating countries, enhance the level of strategic coordination and strengthen the ability to cope with various security threats," the statement further reads.

According to Russian News Agency, TASS, the Vostok-2022 strategic command and staff exercise will be held under the command of the chief of Russia's General Staff, Valery Gerasimov, at 13 training grounds in the Eastern Military District. The exercises are expected to take place between August 30 and September 5.

The Russian Defense Ministry stated, earlier, that during the drills the participating forces would practice measures to maintain military security in the eastern region.

China is a key partner of Russia. Beijing has been a reliable purchaser of Russian military equipment since the 1990s, with sales to China making up 25-50 percent of Russia's foreign military sales, Fox News reported.

Relations between the two countries have sometimes been strained as Russia in the past has accused the Chinese of stealing intellectual property. Yet, even with those disputes, the sides have moved closer and the joint military exercises have continued.

The last Vostok military exercises took place in 2018 and were joined by Mongolia and China, marking the first time countries outside the former Soviet bloc participated. Nearly 300,000 troops took part in addition to 36,000 vehicles, 1,000 aircraft and 80 warships, the largest since the days of the Soviet Union, according to Fox News.