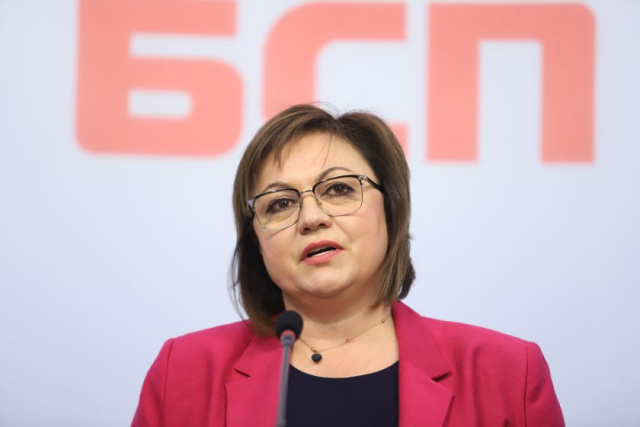 Former Minister of Economy and current leader of the Bulgarian Socialist Party (BSP) Kornelia Ninova demanded immediate negotiations with the Russian giant Gazprom to avoid business bankruptcies and to ensure that people do not suffer in the coming winter.

"While politicians and experts debate who is to blame, whether there are ships with liquefied gas, whether the connection with Greece will work, fertilizer plants have begun to close production and lay off workers.

The Caretaker Minister of Economy and Industry is yet to conduct a survey of how many companies operate on gas and give them instructions to reduce consumption by 15%.

These data are available - 28,000 enterprises use gas. They employ 250,000 people. Don't make them cut back on gas. It can not happen. If they do they have to stop working, and some of them will never be able to start the machines again.

Valuable time is wasted in arguments and PR actions. The topic is ideologized and used in an election campaign, and it is vitally important for the state and the people. There is only one solution at this stage for the economy and households - immediate negotiations with Gazprom. So did a number of European leaders. We have been repeating it since March. The situation is not ‘if necessary’, as the caretaker Minister of Energy said. It is now imperative."