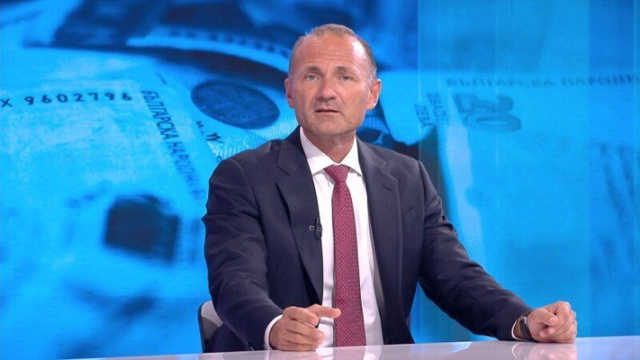 “All possible sources of gas supplies are on the table, including Gazprom, but they are the last option”. This was stated by Energy Minister Rosen Hristov on BNT.

"We haven't started reaching out to them yet because we're looking to exhaust all possible options. It's a last resort, but we haven't taken them off the options list."

He commented on the protests against the renewal of negotiations with "Gazprom" and stated that he will not sign the declaration that the disaffected want.

"Bulgaria is a democratic country and everyone has the right to express an opinion and protest, which is very good. The bad thing is when these topics are used for political purposes - as many people protest in the square, tens of times more people ask me how they will heat their homes, the schools, the hospitals, the country. It is easy when a person receives a salary at the level of Sofia, to say that it is not a problem for him to pay more expensive gas, more expensive bread. When the average salary in the country is a few hundred BGN and most of it goes for paying household bills, it is not so easy for a person to say ‘I don't care about the price’”.

Hristov stated that Kiril Petkov's office "didn't stop talking with Gazprom" and commented that there was a file according to which "negotiations were conducted, letters were sent and a colossal amount was paid for legal advice to support these negotiations".

"The terms of payments, terms of delivery were discussed. They traveled to Brussels, discussed the EU's general policy regarding Gazprom - whether accounts can be opened in rubles or not, what the general policy is. The negotiations have stopped at one point, where Gazprom does not agree to any requests and there was no alternative proposal from our side."

The minister said again that Europe has not stopped buying gas from Gazprom, and Bulgaria continues to buy Russian gas through intermediaries.

According to him, we have gas until September, but there is also where to find more until the end of the year.

"The problem is not so much in the quantities as in the price. If we announce that we are paying 5 times the price, we will have as much gas as we want - there are many offers. The problem is in the supply. Most of the offers are for LNG, for which there is no slots. There are slots from fatty acid companies, but their price is such that it doesn’t work for us."

At the moment, the gas shortage is about 30% of the consumption, or more or less as much as "Toplofikatsia Sofia" (Heating Systems Sofia) uses. According to Rosen Hristov, if we do not provide supplies at normal prices, either someone has to pay a huge sum or, for example, Sofia will be left without heating.

"Everybody knows the much talked about offer from ‘Cheniere’ for seven tankers, we have a lot of similar offers - at least three or four broker offers. Cheniere is a manufacturer, so they are a good source because we avoid the middlemen markup."

Tomorrow, at the Council of Ministers, the energy department will propose to grant a loan of BGN 800 million to Bulgargaz. The problem of the state-owned company is with working capital - the 500 million BGN mentioned are not losses, but a deficit - i.e. funds that are necessary for repayment, the energy minister pointed out.

"The proposal for financing is through the Ministry of Energy for the allocation of BGN 800 million for Bulgargaz - discussions have begun, we will announce a procedure for financing and refinancing the current liabilities," Rosen Hristov specified.

The state will grant this loan from budget funds, and the idea is for Bulgargaz to enter the market, find long-term financing and thus repay the loan.