Energy Poverty looms as Cost of Living Increases: Data behind the Difficulties 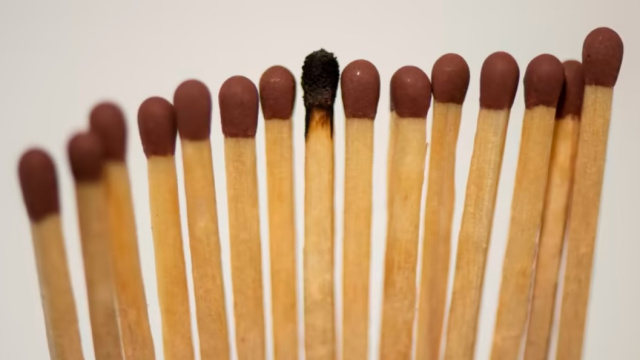 This is according to the fifth round of the Living, working and COVID-19 e-survey: Living in a new era of uncertainty – a report that presents an overview of responses from over 200,000 people across all five rounds of the e-survey, which took place from spring 2020 to spring 2022.

In this data story, we take a closer look at the e-survey data to explore the extent of the issue and the threat of energy poverty.

The cost of living in the EU is rising at an unprecedented level, with an average inflation rate across the 27 EU Member States of nearly 8% in March 2022, mostly caused by soaring energy prices.

Evidence that the increasing cost of living is affecting people's financial situation comes from the finding that around 53% of e-survey respondents reported that their household had difficulties making ends meet in spring 2022 – a considerable increase on the 45% reported in 2021 and 47% at the start of the COVID-19 pandemic.

Due to rising energy prices, respondents in all age categories are now under greater financial pressure than at any time during the pandemic.

The latest round of the e-survey (Spring 2022) shows that it is more common for respondents to have problems paying bills. With 16% of people reporting being in arrears with their utility bills, energy poverty is a growing risk.

As the above chart shows, the extent to which energy poverty affects respondents varies greatly according to their country of residence. The proportion of respondents reporting being behind with their utility bills ranges from 7% in Denmark and Sweden to 50% in Greece.

This issue is especially pronounced for the 53% of people who reported having difficulties making ends meet: on average, over a quarter (28%) of these households are in arrears with their utility bills.

Concerns for the future

Many people expressed concern about their ability to pay bills in the next three months. 28% of all respondents expect payment problems, while 31% of households with a car anticipate having difficulties to pay for the costs to keep it up and running.

For financially vulnerable households, energy poverty is an even higher risk: 45% of people who reported having difficulty making ends meet are worried they will not be able to pay their utility bills in the next three months.

As the above chart highlights, this worry increases substantially among households that are already in arrears: on average 74% of them express concern that they will not be able to pay their utility bills in the next three months.

The Living, working and COVID-19 e-survey highlights the heavy toll of the pandemic, and sheds light on a new uncertain reality caused by the war in Ukraine, record high inflation and sharp rises in the cost of living. As a result, a considerable number of financially vulnerable households are at risk of energy poverty.

While governments seeking to alleviate the negative impacts of price increases on households have introduced energy subsidies and VAT reductions for electricity, gas and fuel, subsidising energy use is only a short-term solution. Instead, shifting the focus from energy subsidies to reducing energy dependence could help to address the unaffordability of energy in harmony with the EU's climate policy and its geopolitical interests.

The fifth round of Eurofound's e-survey, fielded from 25 March to 2 May 2022, sheds light on the social and economic situation of people across Europe two years after COVID-19 was first detected on the European continent. It also explores the reality of living in a new era of uncertainty caused by the war in Ukraine, inflation and rising energy prices.

The findings of the e-survey reveal the heavy toll of the pandemic, with respondents reporting lower trust in institutions than at the start of the pandemic, poorer mental well-being, a rise in the level of unmet healthcare needs and an increase in the number of households experiencing energy poverty.