What Happened in the Last Day of Bulgaria’s 47th Parliament 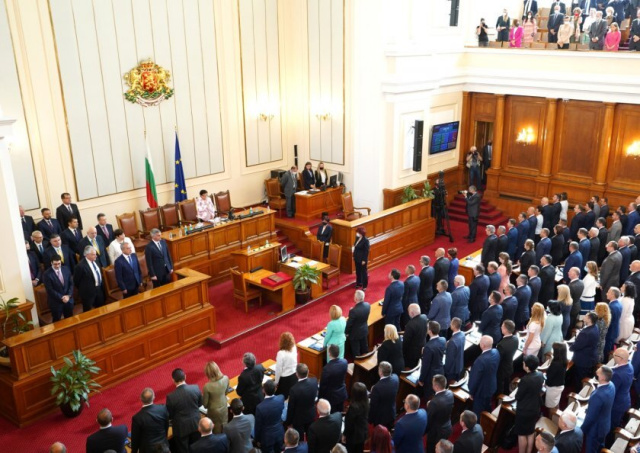 The political parties in the 47th National Assembly read their last declarations within this parliament. Conclusions, accusations and thanks were heard from the tribune. 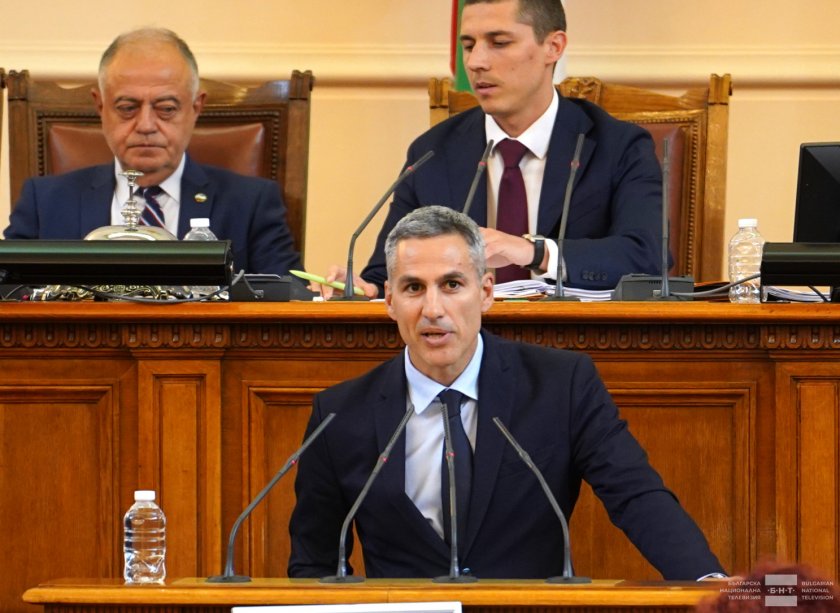 "The life of this parliament has expired. It was one of the more stormy and dramatic parliaments. Still, the 47th National Assembly faced multiple crises – the bombs planted in the road construction sector, the pandemic, high electricity prices, Putin's war and its aftermath. Bulgarian citizens know what we have done in these seven months". This was stated in the last declaration of WCC, read by Andrey Gyurov from the rostrum of the 47th National Assembly.

According to the party, Bulgarian citizens know that their electricity bills have not changed in comparison to other European countries. "They know that we adopted a plan to deal with the pandemic, which allowed us not to close businesses and not overload the health care system. They know that we increased pensions so that the elderly could live a more dignified life. We have increased the salaries of medical staff and teachers. We have adopted an anti-crisis package of measures to ease people through the crisis caused by the war. We also dealt with an unprecedented number of refugees. People know that these measures made Bulgaria the leader in industrial production growth in the entire EU. People know that we stopped the schemes at ‘Captain Andreevo’ border checkpoint, we stopped the thefts at ‘Bulgarian Posts’. Despite the worst global inflation, war and political crisis, Bulgaria managed these seven terrible months well", the declaration also states.

According to “We Continue the Change”, our country can do much more than what has already been achieved. "The truth is that big changes are made when you have enough MPs who want them to happen. But there was no anti-corruption majority in this National Assembly. Corruption did not find enough enemies in this building. I'm talking about the masters of the trade - the unsurpassed professionals. Those who cannot live in opposition because then they wither away. From the parliamentary rostrum, they played their favorite game ‘the thief calls catch the thief’. Dear ladies and gentlemen from the opposition - your dislike for change and resistance to the fight against corruption - clearly showed us one thing - everything we did and everything we had to endure was worth it", Gyurov was categorical. 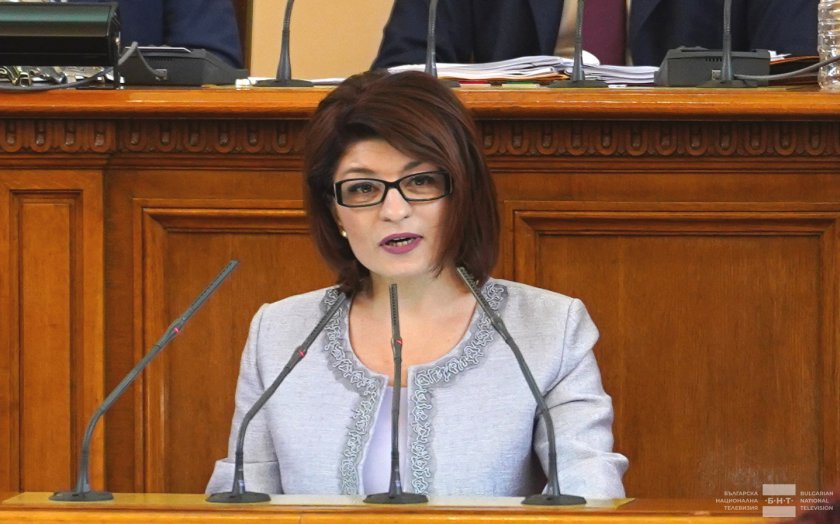 GERB to the former rulers: Hatred finished you, not the opposition

"The crisis into which our country was thrown two years ago began when you, under your fist, decided to declare war on the GERB party. We experienced everything - the arrests, the beatings, the insults, the insinuations. Now we are stronger and more united. But who told you that you have to face 650,000 Bulgarians and hate them? Will you understand that hatred towards us has turned into hatred against yourselves? Hate finished you, not the opposition." This is stated in the last declaration of GERB-SDS for this parliament, read from the parliamentary rostrum by Desislava Atanasova.

In the document, the foreign policy of the "Petkov" cabinet was defined as "embarrassing". According to GERB-SDS, the outgoing government has caused serious damage to the image of Bulgaria, and recovery from them will take years.

Atanasova thanked the sympathizers and members of the party, who "despite the pressure, they were subjected to, did not betray us".

"I hope you will support us again in the October elections. Let's beat them with their machines! And we promise you that you will be proud of your choice and of what we will do together for Bulgaria. If GERB-SDS will have to form a cabinet, we will show how to work for the country and for its worthy place in the European family", concluded Atanasova. 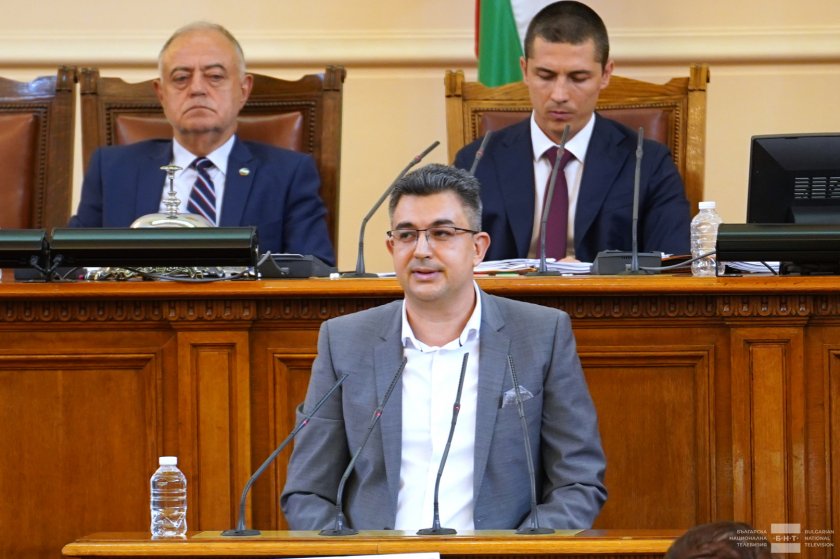 “There Is Such a People”: We did not accept the role of a voiceless crutch of the rulers

"The government appointed by this National Assembly declared at the beginning of its mandate an ambition to unite and build. Six months later, it became the personification of everything that Smirnenski immortalized in his ‘Tale of the Ladder’”, said Plamen Nikolov of "There Is Such a People", who read a closing statement on behalf of his party.

"Bulgarian citizens witnessed vile political games, failure to keep promises and unflattering relations both between the former coalition partners and between the ruling party and the opposition," he added.

TISP stated that they could not accept the role of a "voiceless crutch of the rulers" and in no case could they sacrifice the national interest of the Republic of Bulgaria, "whatever regulated promises or unregulated temptations are offered to us".

They stated that they were heading "more refined and wiser than ever to the next political challenge" and wished that the 48th National Assembly would have more "first-class experts" in addition to political figures.

"Today we are separating in order to give the Bulgarian citizens the opportunity to choose the most suitable rulers, who have abilities and are not afraid to take on the responsibility of leading the country through the difficult times that lie ahead", said the MP in his final words. 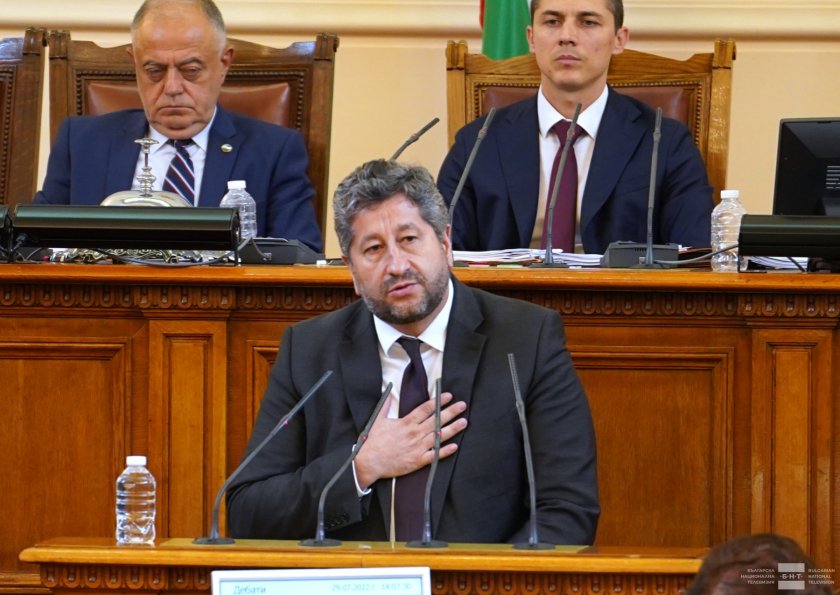 “Democratic Bulgaria”: Everyone must propose a recipe for how the Republic will be governed from now on

"There are two particular parliamentary days - at the beginning and at the end, in which we are in the sharp conflict between governing and opposition, majorities and minorities - however they change. There are also gaps in these regimes in which we can still try to we also say something different from the usual confrontational theses with which we go to the podium. Otherwise, this wonderful, dignified ‘menagerie’ requires from us passion, aggression, and the desire for confrontation". This is what was said in the last declaration for this parliament of "Democratic Bulgaria", read from the parliamentary tribune by Hristo Ivanov.

"Today is one of those days where I wish I could say something different. Let's go beyond these slogans and declarations and say ‘Thank you!’ first. We worked in this ‘mill of reason’ because this is where we collide and the goal is always to get something more out of it", he pointed out.

"We must realize that we are going to elections which we must try to make a bit more different. Each one of us must ask ourselves how to get out of this spiral of political crisis? And each one must give the recipe for how the Republic will be governed from now on," emphasized Ivanov. 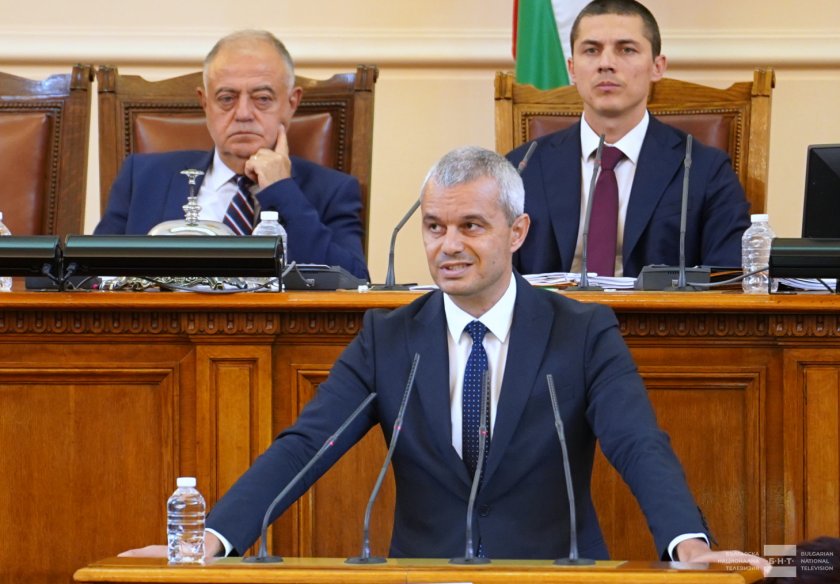 “Vazrazhdane”: "Timelessness" is the word that best describes the almost eight months that have passed

“’Timelessness’ is the word that best describes the almost eight months that have passed. A period of time during which there were no aspirations, no ideals, no visible development and progress. Time of illusions, lies, farce and political machinations. A time of apparent fight against corruption, but actually a replacement in the structure of the so-called ‘political club’. A repressive club handed over with displeasure by the old GERB to the new GERB in the form of ‘We Continue the Change’, ‘Democratic Bulgaria’, BSP and others”. This was said in a statement on behalf of the "Vazrazhdane" party leader Kostadin Kostadinov.

He accused the ruling majority of political hypocrisy, which put "the survival of millions of Bulgarians" at risk.

"You told us that you were solving problems, but in fact you deepened the crises in all spheres of the state. The strong demand for the fight against corruption ended to the point that some corrupt people were replaced by other corrupt people. The corrupt are still there - they stand, receive money, return commissions and help the well-oiled machine to work", declared Vazrazhdane.

"The only thing you did was to close the Specialized Prosecutor's Office, but here is the time to note that this happened thanks to us from ‘Vazrazhdane’, because we supported this decision, which you are presenting today as your achievement. You came with requests you didn't fulfill and promises you didn't keep. And your laws and decisions are like the Constitution, which serves you only to violate it", said the leader of "Vazrazhdane".

They blamed the ruling majority on rising commodity prices, the fuel and electricity crisis.

"During your time, the poor became even poorer, censorship in the media took on gigantic proportions, goods rose in price by about 40%, fuel cost exceeded 3 BGN, and gas rose in price by more than 30% to date. You plunged the country into crises, but you failed to destroy it, we from ‘Vazrazhdane’ stopped you," the declaration also read.

"Vazrazhdane" stated that they will continue to be in opposition. "And when, after the next elections, the Bulgarians give us their trust and we cross the threshold of the next National Assembly as a majority. For the first time in 30 years, Bulgaria will be for the Bulgarians. No masks, no measures, no restrictions and only in accordance with the Bulgarian citizens and their interests", concluded the declaration. 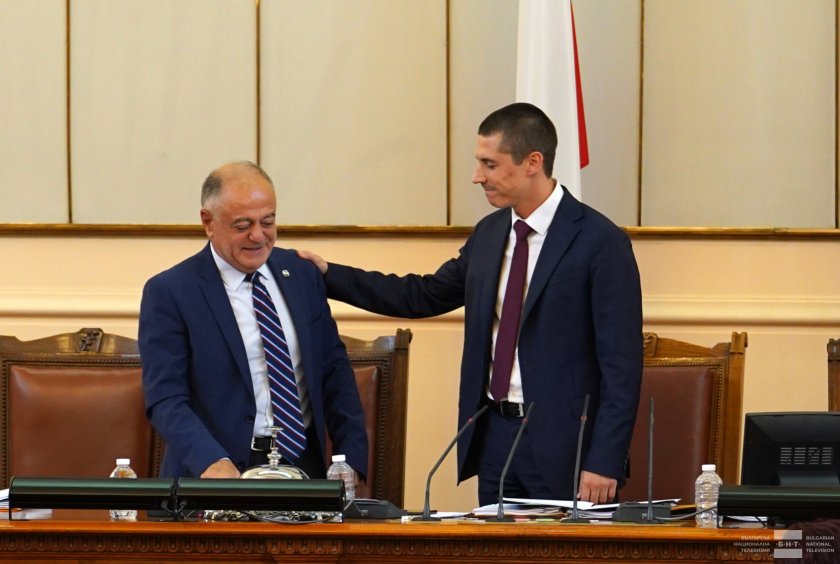 Final declaration of the temporary speaker of the parliament, Miroslav Ivanov

The final declaration was read by the temporary speaker of the parliament, Miroslav Ivanov. He recalled that this composition of the parliament was sworn in eight months ago, at the height of the pandemic and when inflationary processes were already in force and electricity and gas prices were rising. Ivanov recalled that the situation was further complicated after the start of the war in Ukraine on February 24.

"In these difficult times we were not united, and what were the reasons for that, I will give time and the Bulgarian citizens the opportunity to give their assessment. The tension of the political crisis that prevailed in 2021 obviously cast its heavy shadow on the work of this composition of the National Assembly. Plenary meetings were often an arena of personal clashes, of the use of vulgar and cynical language, of hate speech. This highest tribune has been used in a vulgar way to achieve political ends - behavior which I consider to be contrary to the principles of parliamentarism. We lacked patience, tolerance for each other, respect between MPs. Despite this, we managed to adopt 78 laws", recalled Ivanov.

He emphasized that now "Bulgarian society needs a political elite it can trust, peace and stability".

"Bulgarians deserve to live in a better Bulgaria. I call on us to be more self-critical, more responsible, more reasonable and more honest in the future", concluded the Speaker of the Parliament.

The BSP and DPS groups did not read closing statements from the parliamentary rostrum.