Operation in Greece for the capture of Bulgarian Cryptoqueen Ruja Ignatova 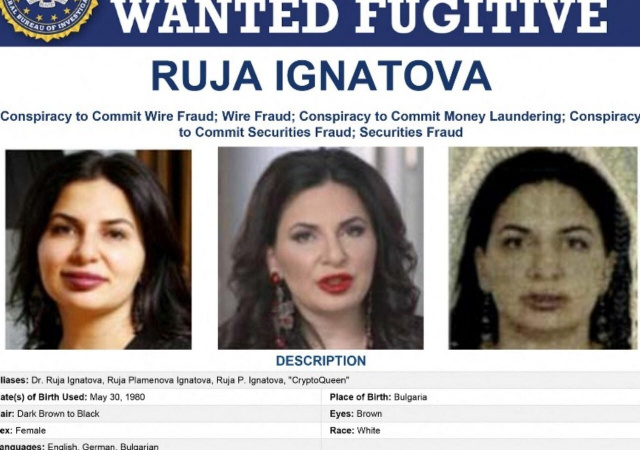 An operation was conducted in Greece to arrest the Bulgarian Ruja Ignatova, who is wanted by the FBI, Europol and Interpol, reports the Greek publication Kathimerini, citing well-informed sources from the Greek police.

Ruja Ignatova, also known as the "Queen of cryptocurrencies", boarded a flight from Sofia to Athens in 2017 and disappeared without a trace.

Before that, she managed to steal at least 4 billion dollars from unsuspecting victims through a complex fraud with the fake cryptocurrency OneCoin, Kathimerini recalls.

Five years after the disappearance of her traces, the search for her, launched by the FBI, Europol and Interpol, is more active than ever, notes the Greek edition.

According to unnamed Greek police officials, Greece could prove to be a "cornerstone" in solving the case of the missing Ruja Ignatova, who is defined worldwide as "fugitive woman number 1".

According to Greek police sources, a few days ago there was operational information from Greece and abroad that Ignatova is in our southern neighbor and holding meetings with certain people.

However, after a long search, the information was not confirmed, reports Kathimerini.