Road Companies will Protest Today all over Bulgaria 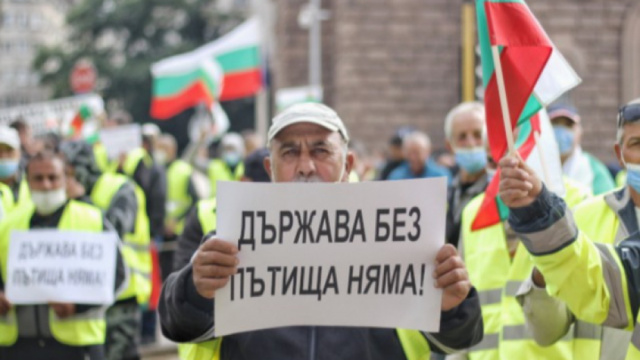 "There is no country without roads" @BNR

From 9:00 a.m. on Wednesday - July 27, protests of the road companies, organized by the "Roads" Branch Chamber, will begin because of unpaid obligations for completed activities and the lack of indexation under the construction contracts.

The Chamber of Builders in Bulgaria also joined the protest.

The strike will take place at 20 locations on roads across the country.

In the center of Sofia, it will be in front of the official entrance of the National Assembly, a procession will also go along the ring road of the capital.

You can see more from the map on the website of the "Roads" Branch Chamber.