After visiting Azerbaijan: Did Petkov agree on Additional Quantities of Gas 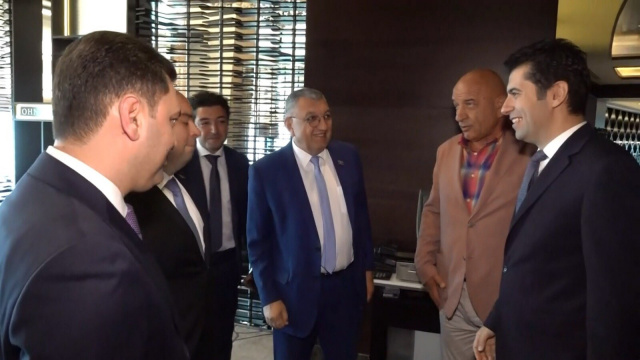 Resigned Prime Minister Kiril Petkov had a new meeting, this time privately, with the President of Azerbaijan Ilham in Baku. It is clear from a press release of the government that the two have again discussed the possibility of supplying additional quantities of Azeri gas to Bulgaria, beyond those already determined in connection with the new interconnector with Greece. The energy ministers of the two countries will discuss the details of possible new supplies.

Petkov and Aliyev, in addition to a bilateral meeting today, also had a working dinner yesterday.

In his official Facebook profile, Petkov wrote that the two have discovered many common economic opportunities in the fields of agriculture, chemical fertilizers, construction, defense industry and information technology.

"In the near future, Bulgaria will also open an honorary consulate in Azerbaijan. It is time for the long-standing friendship between our two countries to become a real bridge for strategic economic projects and more significant energy diversification," wrote Petkov.

The government press service specifies that during his visit to Baku today, the resigned Prime Minister held a meeting with representatives of the Azerbaijani business, who have commercial relations with Bulgarian companies.

Kiril Petkov is on a two-day visit to Azerbaijan.