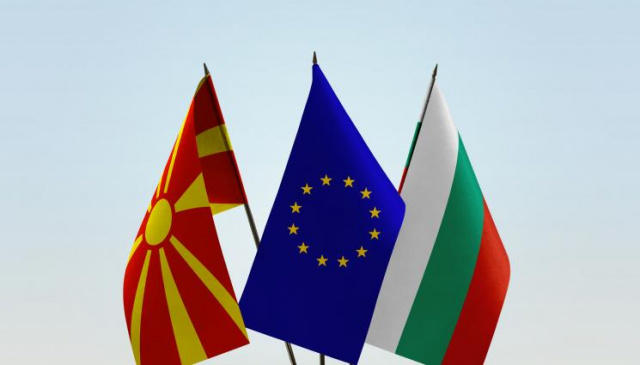 The Ministry of Foreign Affairs announced last night that the Bulgarian delegation presented a statement at the meeting of the Committee of Permanent Representatives in Brussels. The position states that, according to our country, the Macedonian language is a regional written form of the literary Bulgarian language. Referring to the official language of the Republic of North Macedonia in European statements does not mean that Bulgaria recognizes the Macedonian language, it is emphasized in the declaration, the full text of which we publish:

UNILATERAL DECLARATION BY THE REPUBLIC OF BULGARIA

Referring to paragraph 7 of the Council Conclusions on,

With this declaration, Bulgaria confirms the following:

Any reference to the official language of the Republic of North Macedonia in official/unofficial documents/positions/statements and others of the EU and its institutions, bodies, offices and agencies must be understood strictly in accordance with the Constitution of this country and must in no way is interpreted as recognition by the Republic of Bulgaria of the "Macedonian language".

Bulgaria continues to adhere to the language clause contained in the Treaty of Friendship, Good Neighborliness and Cooperation, signed in Skopje on August 1, 2017 between the Republic of Bulgaria and the Republic of Macedonia, for the purposes of bilateral treaties/agreements/memorandums and others between the two countries.