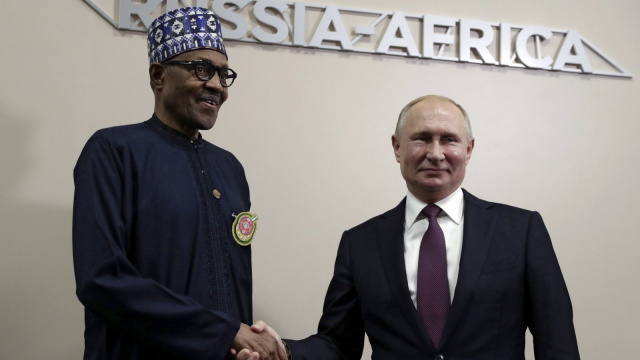 Nigeria is not against becoming a member of the BRICS group, Nigerian Ambassador to Russia Abdullahi Shehu said in an interview with Sputnik, adding that it is "quite realistic" in the future.

BRICS is the acronym coined to associate five major economies: Brazil, Russia, India, China and South Africa. This group accounts for more than 40 percent of the world's population and about 26 percent of the global economy. "Yes, it is quite realistic and will depend on the membership criteria. Nigeria is not against becoming a member of the BRICS in order to ensure its economic interests in cooperation with other partners in the world," the diplomat said.

Though accession talks have not started yet, they are possible in the future, the ambassador added.

An Iranian official said that country has submitted an application to become a member of the group of emerging economies known as the BRICS.

Iran's Foreign Ministry spokesperson said the country's membership in the BRICS group "would result in added values for both sides."

"In principle, we look positively at the issue of the association's potential enlargement, although we understand that it is necessary to approach this issue very carefully," Ushakov was quoted as saying by TASS news agency.

"What do we propose? First of all, we propose defining the procedures and requirements for potential candidates for joining BRICS," the Kremlin aide said.

The leaders of Brazil, Russia, India, China and South Africa held the XIV BRICS Summit under the theme "Foster High-quality BRICS Partnership, Usher in a New Era for Global Development" on June 23-24.

They recalled that in the past 16 years, BRICS countries have strengthened mutual trust, deepened intra-BRICS mutually beneficial cooperation, and closer people-to-people exchanges, which has led to a series of significant outcomes.