Students Beware when Traveling to or from these European Airports 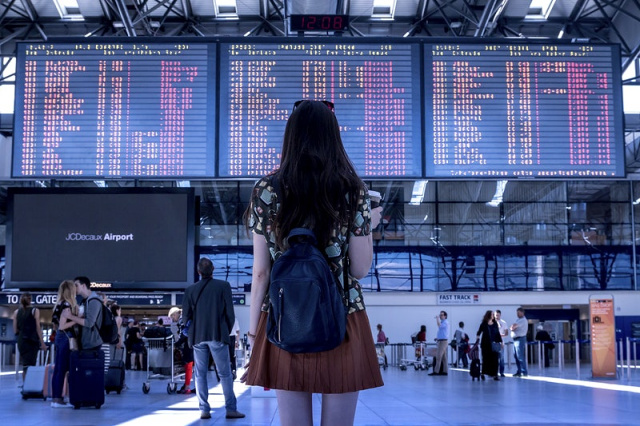 @rawpixel
The cumulative impact of Covid-19 on students and their academic achievement not only has been large but unfortunately, it is still continuing.
As a result of the chaos that the Aviation industry is facing due to the lack of workers who have been fired and lost their jobs during the pandemic period, a huge number of daily flights to Europe are being canceled by airlines and this seems to be a critical time for everyone but especially for students who have chosen to study abroad.
Data experts at Erudera, the world's first search education platform backed by AI, did a recent analysis of Hopper's latest data on Worst 10 Airports in Europe for Delayed Flights (July 2022). The Brussels Airport (BRU) is leading the list of the worst 10 airports in Europe for Delayed Flights, as of July 2022.

According to study experts from Erudera.com, with the beginning of the fall semester approaching, students must pay the utmost attention to the flow of passenger crowds in these airports, and do their best to avoid them.

"Some students often choose to travel to their study destination at the end of June or the beginning of August, in order to complete the university registration process, residence permit procedures, and also to find their accommodation for the upcoming academic year. Those traveling around these times must do their best to avoid crowded airports, and those in which there are higher chances for flights to be delayed. Another way one could avoid the possibility of having her/his flight delayed is by flying with a flight that departs in the early hours of the day, and avoid traveling during weekends, as those are the days with the highest travel demand. A delayed flight might become a real hurdle for students. Some might lose university appointments, residence permit application appointments, or even lose the chance to sign a rental contract or reserve a place at a dormitory. So, it's best to pay attention to these tips and advice.

Finally, students whose flights are scheduled to depart or arrive in the European Union, or who will fly with an EU-registered airline may always be entitled to compensation, in particular, if they lose a connection flight, or an appointment, as a result of the delay/cancellation."