Steve Hanke: Keep your Savings in BGN when the Euro is Weak 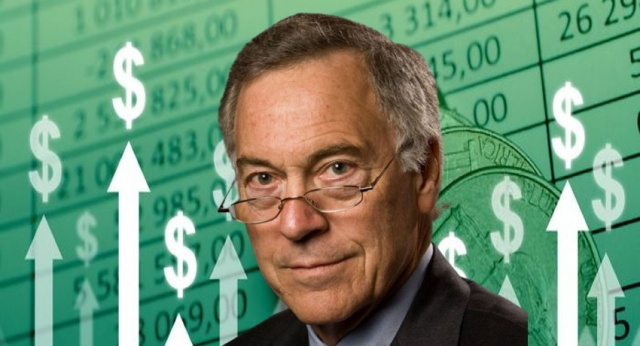 “After the collapse of the euro, it is best for Bulgarians to keep their savings in BGN”. The advice comes from Johns Hopkins University in Baltimore professor of applied economics Steve Hanke. He told Nova TV that the imposition of sanctions on Russia actually reflected much worse on Europe. In his words, “they have proved to be a suicidal act for the European economies”. According to Hanke, in the short term, the euro is depreciating because of the interest rate hike in the US - something the European Central Bank did not do. The big problem, however, is the war in Ukraine.

"Sanctions against Russia are actually a suicidal act for European economies. Europe imposed sanctions on Russia and they affected it, but they hit the European economies much, much worse. The damage to Europe is dramatic. When there is a war in Europe, the dollar always goes up," Hanke added.

He is categorical – “the euro is losing ground because of the complete mistrust of the policy that the European Union leads. In such situations, investors flee the euro”.

"Sanctions against Russia are also the reason for the fall of the government in Bulgaria. There were elections in France and President Macron suffered a heavy loss. He is weak at the moment, Scholz in Germany too. The imposed sanctions turned into a political graveyard. What Europe should do is stop the war immediately through diplomacy. Sanctions are stupid. They do not work and have never worked," the professor added.

Hanke's forecasts are that at the end of the year or the beginning of the next, both the US and Europe will enter recession. And the clear winner at the moment is China. For Bulgaria and ordinary Bulgarians, the effects of the depreciation of the euro will be felt with an additional increase in the price of goods and services.

“It creates additional inflation. Bulgaria, although not a full member of the Eurozone, is tied to the euro because of the currency board. This means that problems with inflation and price appreciation will continue. And they will become more and more serious while the euro is weak. And again we come to the sanctions against Russia. Bulgaria's decision to stand firmly behind the sanctions was stupid. Bulgaria had to remain neutral. If I was living in Bulgaria I would have kept my savings in BGN. Due to the weak euro, the interest rates on deposits in BGN will be higher than if the savings were in euros," explained Hanke.

“In order to be more protected, we should keep the currency board and not rush the introduction of the euro”, he believes. “Fortunately, Bulgaria is on a currency board and this gives more opportunities to fight inflation”, Hanke is categorical.