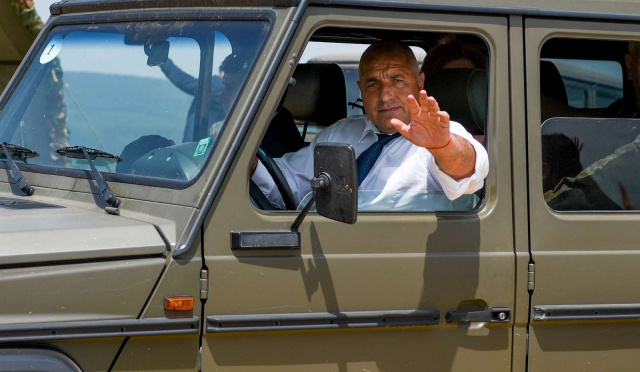 “There should be peace, understanding and tolerance. The election is only one day away. Elections pass, but we continue to live together. Partners are found in life, in the field, during elections.” This was stated by former Prime Minister and current leader of GERB, Boyko Borissov.

Borissov commented on whether he would support an expert government.

“We will not support any government... Quick elections and there will be another election situation. Then we put one principle on the table - Euro-Atlantic," he emphasized and added: "The country is going to elections because all parties know that the state has collapsed in every sphere. There is no gas or electricity, huge debts have accumulated."

The leader of GERB stated that they can make a government if they want, purely mathematically. At the same time, he accused "We Continue the Change", Asen Vassilev and Kiril Petkov, for not wanting to form a cabinet.

"For the mandate, it's not that we can't make a mathematical government, they didn't want a government to be made. They pretended to make a government. If they form a government, the price of gas will increase by 32%, but there is no gas. They want to transfer this problem to Rumen Radev and a future cabinet minister," explained Borissov.

He said he was in favor of a mixed vote. “People tell me they are worried about machine voting. I am not afraid of the machine voting, I am afraid that they will cheat by a few percent for one party," said Borissov and added that “when the power is in Rashkov and Vassilev, we cannot be sure of the results of the vote”.