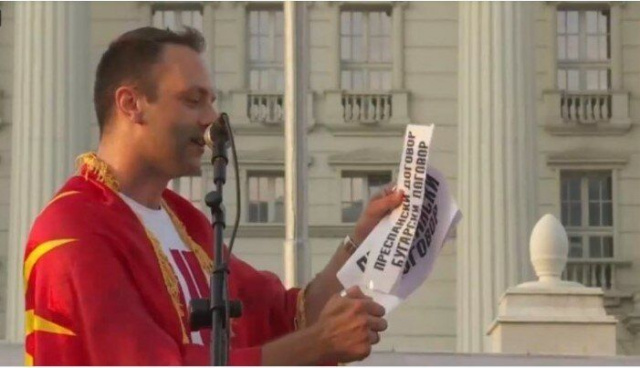 Lambe Alabakovski, who set fire to the front door of the Bulgarian cultural club "Ivan Mihailov" in Bitola, last night demonstratively burned the Treaty with Bulgaria, the Prespa Agreement and the French proposal in Skopje. According to him, they are equivalent to fascism, BGNES reported.

Alabakovski set fire to the poster with the contracts on stage in front of the Macedonian government building in the center of Skopje, where for the third day in a row the opposition from VMRO-DPMNE organized a protest against the French proposal to start negotiations of the Republic of North Macedonia for EU membership. Yesterday’s protest is the smallest compared to previous ones. There are also fewer buses from the province that brought citizens to participate in the protest.

Even yesterday, the old posters with vulgar and cynical messages against the European Union and Bulgaria were distributed. One of the speakers yesterday - the writer Yevtim Kletnikov, called Europe "b***h", and French President Emmanuel Macron was compared to General Philippe Pétain - an ally of Hitler's Germany.

The leader of VMRO-DPMNE, Hristijan Mickoski, called for the rejection of the French proposal. According to him, it means "Bulgarian assimilation". The attackers on Macron's proposal included the Holy Synod of the Macedonian Church, the Academy of Sciences and scientists, including retired diplomats, as well as former President Gjorge Ivanov, who is considered the father of Macedonia's antiquing during the regime of Nikola Gruevski.

And last night there were a lot of flags with the symbol of Vergina, as well as hammer and sickle flags. At 9:00 p.m. Bulgarian time, some of the protesters went to the parliament building. Earlier yesterday, extremists from the far-right “Rodina” formation set fire to the European flag in front of the Council of Ministers building in Skopje.

After 9:30 p.m. Bulgarian time last night, there was tension in front of the government building, where some of the demonstrators broke through the police cordon, threw eggs, rolls of toilet paper, bottles and other objects; they chanted and made insulting comments to Prime Minister Dimitar Kovachevski.

There was also tension in front of the parliament building, which is located near the government.

Lambe Alabakovski set fire to the Bulgarian club in Bitola on June 4. Very quickly after he was detained, he was released and since then he has been participating in various events in the country every day. 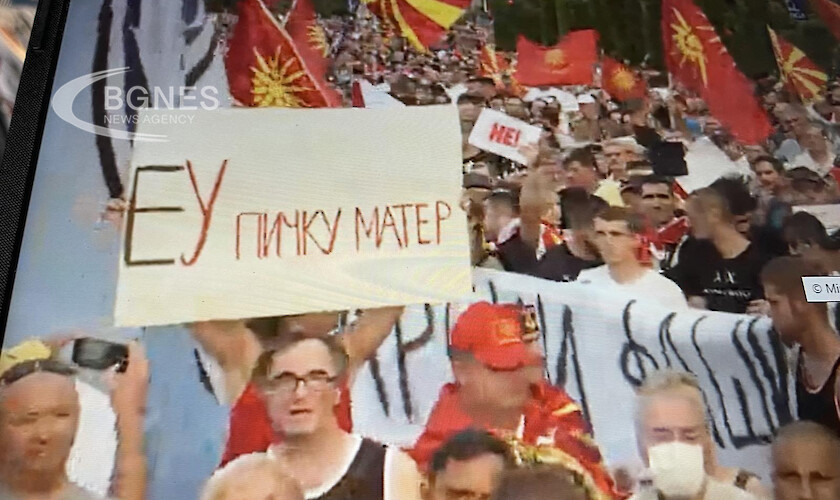 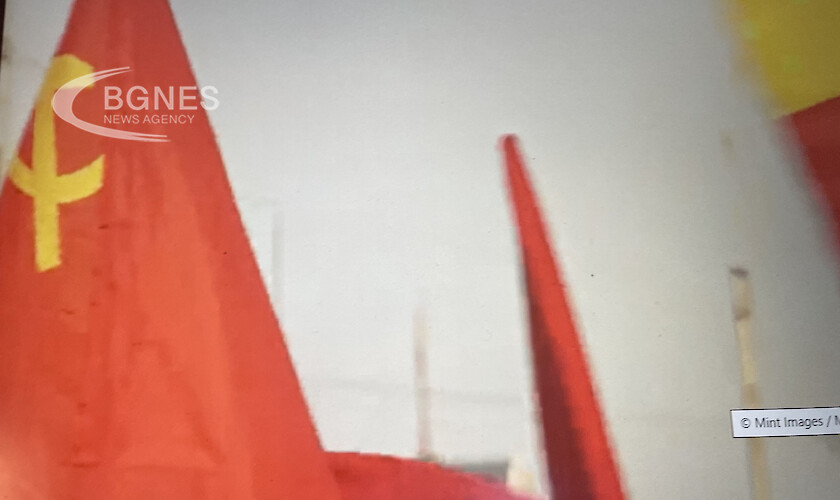