Bulgarian Defense Minister: The Expulsion of the Russian Diplomats is Logical 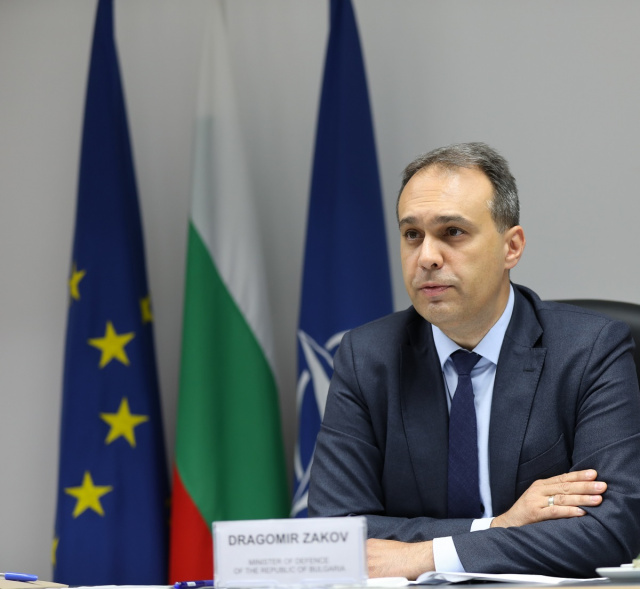 "The expulsion of the Russian diplomats is logical, when there is no respect, such steps follow," Defense Minister Dragomir Zakov said on BNT.

According to him, ways must be sought for the Russian state to continue to be represented in Bulgaria in a way that respects the dignity, territorial integrity and sovereignty of our country.

"In order to reach such an extreme measure, the reasons are complex - I assume that SANS has enough data on the activities of these diplomats or technical employees on the territory of Bulgaria, there is open disrespect for Bulgaria. The Russian leadership, when considering whether to close the mission or not, must decide whether she (Mitrofanova) should be the head of the Russian mission in Bulgaria and send a person who will treat the Bulgarian people with respect. The main decision is in Moscow, how to represent Russia in Bulgaria," added Dragomir Zakov.

According to him, a dialogue should be held between the institutions on the subject.

"The Council of Ministers must be convened. Bulgaria needs stability. Early elections before the winter with a possible long-term cabinet until the spring, without a parliament, would be disastrous for Bulgaria. I have not been discussed for the post of prime minister," noted the military minister.

He added that the salaries of military personnel will be increased from July 1 on a different scale.

"The biggest risk will come if the war spreads to the south of Odessa, then there will be a high danger for our national security, an expansion of the war to Moldova can occur," specified Dragomir Zakov.

He clarified that yesterday the naval forces discovered a mine near the Bulgarian coast, near Kamchia, which was identified by a commercial ship, was defused and there is no threat to shipping.