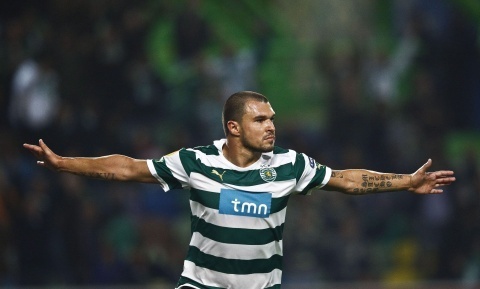 Valeri Bojinov was released from Sporting prior to the end of his contract. Photo by EPA/BGNES

Bulgarian striker Valeri Bojinov could sign for PAOK Thessaloniki in the coming days, according to Greek media reports.

The president of PAOK, Zisis Vryzas has personally expressed interest in the Bulgarian "bad boy", according to the website News.gr.

Bojinov has been without a club team for 6 months, following his disciplinary release from Sporting Lisbon. Previously, he played for European giants such as Juventus, Fiorentina, and Manchester City.

It is believed that the Greeks will sign Bojinov on a half-year deal, with the option of extending it for 2 more years, if he satisfies with his performance.

PAOK are currently 2nd in the Greek Super League, 11 points behind leaders Olympiakos.