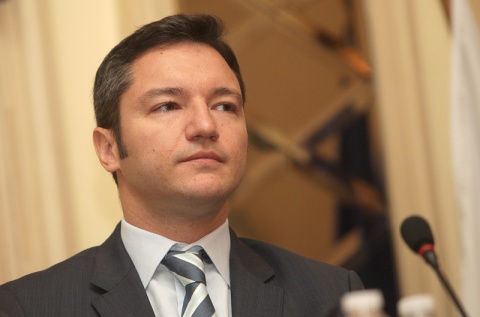 Bulgaria's Foreign received assurances from his British counterpart that the UK acknowledged the positive economic contribution of Bulgarians living in the country.

During the meeting of Kristian Vigenin and William Hague in London, the two ministers came up with a joint statement on the abolition of labor restrictions for citizens of Bulgaria and Romania as of January 2014.

"We uphold that the free movement of workers in the EU in observance of the principle of non-discrimination is an important part of the single market and a factor in growth, competitiveness and employment. We also discussed the continuation of the ongoing cooperation aimed at warding off abuse of the right to free movement of EU and third-country workers and labor exploitation. We are also looking forward to the signing of a joint letter of intent which will allow British and Bulgarian official representatives to boost cooperation on that matter," Bulgaria's Foreign Ministry says in a statement.

After the meeting in London, Vigenin made clear that he had been assured that British authorities would not adopt discriminatory measures against Bulgarians, according to reports of the Bulgarian National Radio.

During the talks, an exchange of visits was agreed upon, including an upcoming visit in of President Rosen Plevneliev March in the UK.

Hague and Vigenin said in a joint statement that they had discussed essential issues concerning the EU such as overcoming the consequences of the global financial and economic crisis and the onset of positive economic trends.

"More specifically, we dwelt upon the efforts of our governments to adopt adequate measures both on a national and an EU level, so as to accelerate economic growth and improve competitiveness. These measures must include a reduction of the regulatory and administrative burden for the business sector, especially as regards small businesses, completing the establishment of the single market of services and the single digital market, as well as the signing of ambitious trade deals between the EU and leading countries. Policies of that type will contribute to job creation, especially as regards jobs for young people," the Foreign Ministry said in a statement.

The two countries also discussed common interests in the sphere of energy and the plans to extend bilateral energy talks, taking into account Bulgaria's strive to ensure the diversification of energy supplies.

The UK will continue its cooperation with Bulgaria on the development of its energy sector, including in the sphere of nuclear energy and gas supplies, according to the media statement.

The two ministers also discussed foreign policy priorities such as the EU Eastern Partnership, the Western Balkans, the situation in Syria, the decision to start accession talks with Serbia and the launch of talks for signing a Stabilization and Association Agreement with Kosovo.

During the meeting between Vigenin and Hague, the two sides agreed that the EU Eastern Partnership continued to be a priority for the EU and that the Bloc regarded Ukraine as an important international partner.

The two foreign ministers also discussed cooperation on operations and missions of NATO and the EU.