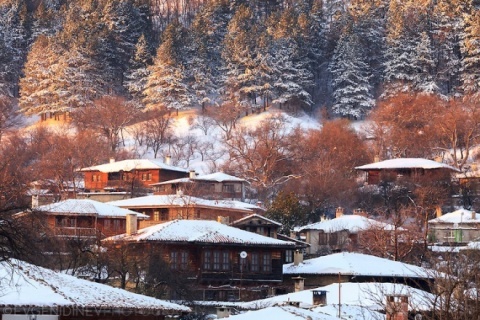 The astronomical winter will arrive in Bulgaria in the evening of Saturday, December 21, at 7:11 pm.

The time of the local arrival was announced by the Institute for Astronomy and the National Astronomical Lab on peak Rozhen at the Bulgarian Academy of Sciences, BAS.

Winter is one of the four temperate seasons, along with spring, summer, and autumn.

Winter is caused by the axis of the Earth in the respective hemisphere being oriented away from the Sun. When it is winter in the Northern Hemisphere it is summer in the Southern Hemisphere, and vice versa. In many regions, winter is associated with snow and freezing temperatures. At the winter solstice, the days are shortest and the nights are longest, with days lengthening as the season progresses after the solstice.

Despite the official arrival of winter in Bulgaria, there is no snow in the forecast. The minimum temperatures will be between 0C and 5C, -4C in the capital Sofia. The mercury will climb to 6C and 11C, 6-7C in Sofia.