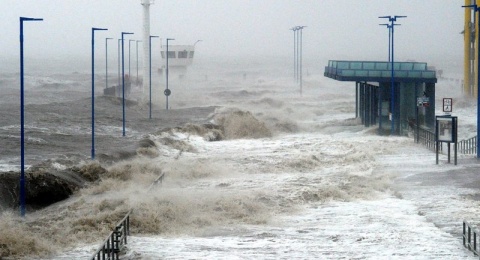 A truck driver died in a crash near Edinburgh, after the powerful storm reached Scotland and parts of England.

Due to extreme weather conditions, numerous flights, trains and ferries have been canceled it the UK, as well as in Northern Germany and North sea islands.

A power outage left thousands of households in Scotland without electricity. An emergency meeting of the Cabinet Office Briefing Room (COBRA) chaired by the Secretary of State for Environment Owen Paterson was convened in London.

Meteorologists claim that water levels in the North Sea could rise to record heights for the last 30 years with severe floodings expected. The rising waters may reach its peak Thursday night.

The storm is expected to hit the continent in the late afternoon Thursday.