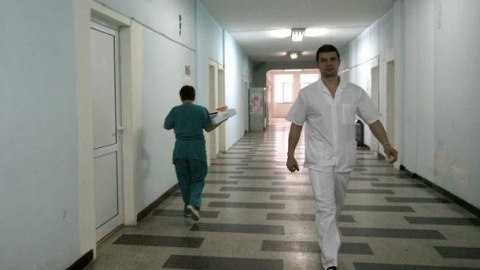 Bulgaria's National Health Insurance Fund is to settle overdue payments with 100% of the hospitals by September next year. File photo

The Bulgarian Parliament adopted Wednesday the budget of the National Health Insurance Fund (NZOK) for 2014.

The NZOK budget for next year will be increased by BGN 27 M. This money will go to payment for hospital care. The reason for the update is that the National Revenue Agency, (NRA) managed to collect BGN 27 M more in health insurance contributions.

NZOK is to settle overdue payments with 100% of the hospitals by September next year.

The NZOK budget for 2014 also includes amendments to the Health Insurance Act, which require NZOK to pay to family physicians and dentists the difference between the patient fee and the fee paid by retirees, which are BGN 2.9 and BGN 1, respectively.

This practice existed before, but doctors complained that they received payments with huge delays.

NZOK will no longer have the obligation to pay for vaccines for mandatory immunizations and for assisted reproduction, which will be again funded by the Ministry of Health. This adds another BGN 2 M to the budget of the Fund.

The financing for the above will be provided by cutting money for wiretapping, promised the main partner in the current government – the Bulgarian Socialist Party, BSP.

On Tuesday, the Parliament adopted the budget of the National Social Security Institute (NOI).

It is expected that next week lawmakers will debate and vote on State budget 2014.