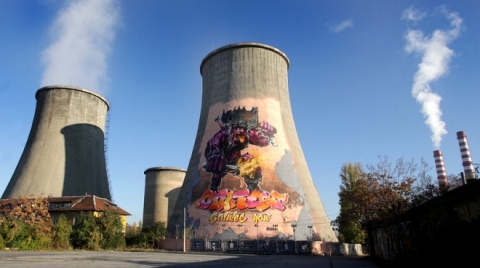 The number of victims of Bulgarian TPP coal burning exceed four times the number of traffic fatalities in the country, according to Greenpeace. Photo BGNES

The highest in Europe air pollution with sulfur dioxide and fine dust particles per produced kWh of electricity has been registered in Bulgaria, according to the Bulgarian office of the international eco-organization Greenpeace.

According to the report, over 2 000 people in Bulgaria die prematurely due to air pollution from Thermal Power Plants, TPPs. The number of victims of TPP coal burning exceed four times the number of traffic fatalities in the country. Over 3 000 adults and 2 600 children suffer from respiratory diseases, and another 3 700 experience reduced job performance. 2 000 are on sick leave every day over the problem.

"Prolonged exposure to air pollution from coal heating significantly increases the risk of chronic diseases of the cardiovascular system, the respiratory tract, as well as malignant diseases," said Filka Sekulova, PhD of Economic Ecology from the University of Barcelona and member of the environmental organization, cited by Nova TV.