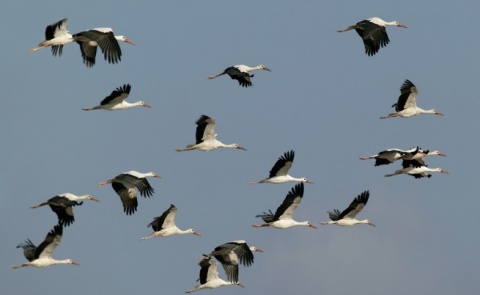 Bulgaria's government issued a decision Wednesday for the creation of a new protected area for the conservation of wild birds named "Bilo."

The protected zone spans a total area of 8 620,61 hectares and is located on the territory of the northeastern municipalities of General Toshevo, Shabla and Kavarna.

Under the changes approved by the government, the existing protected area Kaliakra is expanded by 5289 hectares, according to reports of dnevnik.bg.

The European Commission has to come up with a pronouncement on the inclusion of new territories in the list of protected territories in Europe, after which Bulgaria's Environment Minister Iskra Mihaylova has to issue an ordinance on the new protected area and the expansion of the Kaliakra protected area.

The proposals have been reviewed and adopted by the National Biological Diversity Council.

Under the scheme, the network of protected areas for the conservation of birds increases from the current rate of 22.6% to 22.7% of the territory of the country, while the total area covered by the Natura 2000 network in Bulgaria grows to 34.4%.

In these northernmost points of Bulgaria's Black Sea coast, there is a pile-up of wind farms and especially of wind turbine projects yet to be implemented, some of which lack adequate environmental impact assessment (EIA) reports and endanger the existence of precious and disappearing bird species.

The changes come after Bulgaria was taken to court on October 17 due to the permits for building wind turbines in the Kaliakra region, a migratory route and resting place for highly endangered species.

Due to the failure of Bulgaria to fulfill its obligations relating to the protection of species and habitats of great importance, on the recommendation of European Environment Commissioner Janez Potocnik, the European Commission filed a claim against Bulgaria at the EU Court of Justice.

The trial was launched after an infringement procedure which lasted around 6 years over the large number of wind farm projects which had been authorized without adequate assessment of the impact on the unique habitats and species in the Kaliakra protected area.