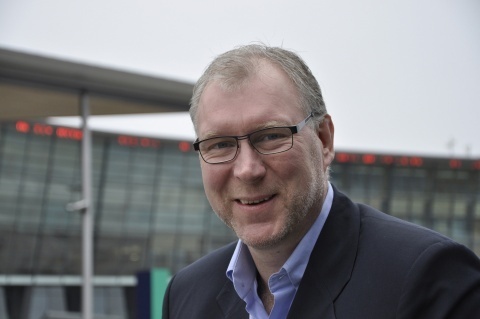 The Bulgarian mobile operator "Globul" will soon have a new name - that of its owner - "Telenor," said the General Manager of the company Stein-Erik Vellan.

In an interview with "Capital," Stein-Erik Vellan, who was named CEO of Telenor's recently acquired Bulgarian operation, Globul, has explained that perhaps next year, "Globul" will be renamed "Telenor," following the example of all telecoms owned by the Norwegian telecommunications company.

"Our attention has been directed to Bulgaria for many years and our decision to enter the market is long-term. If you look at the 14 countries in which we operate, in all except one – Malaysia, where the ownership is not 100% ours, the brand of the operator is "Telenor." So - yes, the new name of the operator in Bulgaria will be also "Telenor," said Vellan.

Vellan's plans further include the rebranding of the "Germanos" stores, which are the official representative of the telecom in Bulgaria.

The big change will happen only after sufficient funds are invested in advancing "Globul" as a company. The rebranding will take place when the replacement of the network, which has been in the works in recent months, is completed.

Vellan pledged as much money as possible in investments so that to people "fall in love" with the company all over again. He added that next year, the telecom building will not have offices and will turn into a common open space and society.

The Norwegian incumbent in April agreed to buy Globul and retailer Germanos from Greece's OTE for EUR 717 M.

Globul & Germanos were consolidated in the Telenor Group on August 1, 2013.

Before being named CEO of Telenor recently acquired Bulgarian operation, Globul, Stein-Erik Vellan was head of mobile at Telenor Norway. He had previously served as CEO of Telenor Serbia and managing director at the company's Indian unit Uninor.

According to Telenor, Globul claims a 36% share of Bulgaria's mobile market, its subscriber base numbering 4.6 million at the end of last year. Globul and Germanos together generated EUR 378 M in revenues in 2012 and EBITDA of EUR 135 M.

In Central and Eastern Europe, Telenor Group is currently present in Hungary, Serbia and Montenegro.